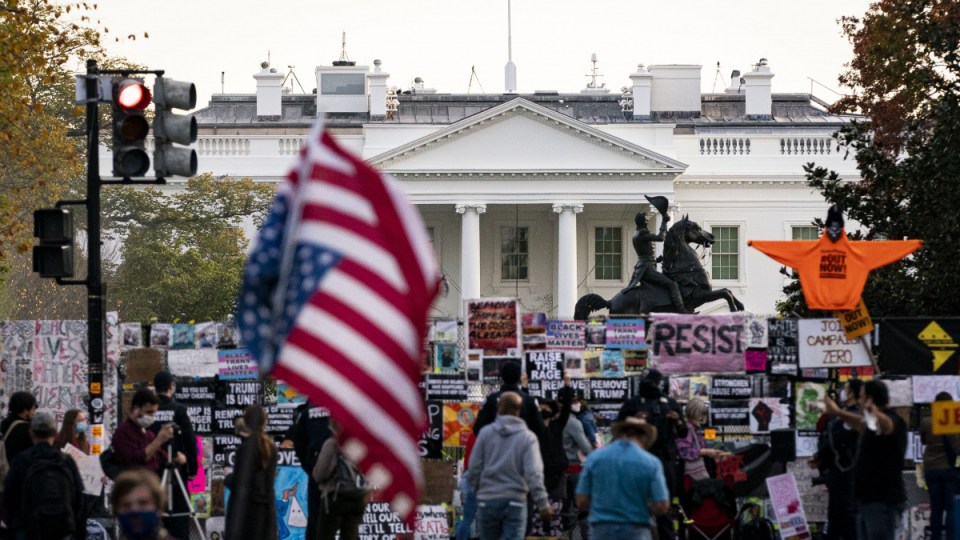 US law limits the use of the White House for campaigning. Photo: Getty

The US Office of Special Counsel has opened an investigation into  the Trump campaign’s use of the White House as an Election Day command centre.

In a statement on Friday (AEDT), Democratic Representative Bill Pascrell said the federal watchdog responded to his call for a probe, telling him a special unit “has opened an investigation into these allegations to determine if the Hatch Act was violated”.

President Donald Trump monitored election returns in the living room of the White House residence on Tuesday, later addressing some 200 supporters gathered in the East Room.

Mr Pascrell said Mr Trump was also expected to be briefed in the White House residence and the Oval Office throughout the day by campaign officials, which he said put executive branch officials at risk of violating federal law.

The Hatch Act of 1939 limits the political activities of federal employees, except the president and vice president.

Mr Pascrell said the Special Counsel’s office told him it “was not consulted [by the Trump campaign or White House] on the decision to use space inside the Eisenhower Executive Office Building as a campaign ‘war room.'”

The agency launched an investigation last month into Secretary of State Mike Pompeo’s speech to the Republican National Convention in August, and last year recommended the firing of then-senior Trump adviser Kellyanne Conway for repeated violations.

Mr Kerner is a Trump appointee who previously worked for Republican lawmakers in Congress. His office is an independent agency that enforces the Hatch Act. It is not connected to the office of former US Special Counsel Robert Mueller.

Investigation launched into Trump campaign use of White House