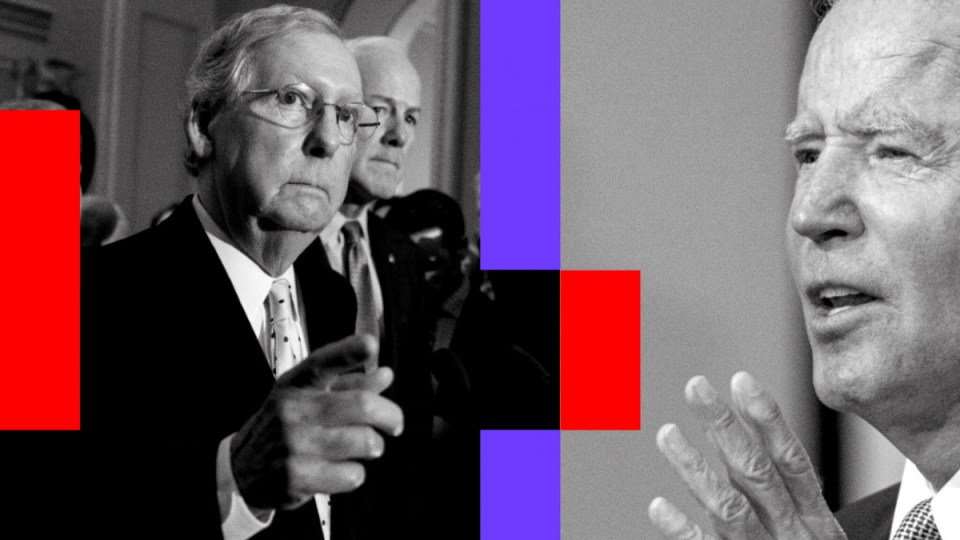 As I write this, it seems extremely likely that Joe Biden has won the presidency. And he clearly received millions more votes than his opponent. He can and should claim that he has been given a strong mandate to govern the nation.

But there are real questions about whether he will, in fact, be able to govern. At the moment, it seems likely that the Senate – which is wildly unrepresentative of the American people – will remain in the hands of an extremist party that will sabotage Biden in every way it can.

Before I get into the problems this confrontation is likely to cause, let’s talk about just how unrepresentative the Senate is.

Every state, of course, has two senators – which means that Wyoming’s 579,000 residents have as much weight as California’s 39 million. The overweighted states tend to be much less urbanised than the nation as a whole. And given the growing political divide between metropolitan and rural areas, this gives the Senate a strong rightward tilt.

An analysis by the website FiveThirtyEight.com found that the Senate in effect represents an electorate almost 7 percentage points more Republican than the average voter. Cases like Susan Collins, who held on in Maine, a Democratic state, are exceptions; the underlying right-wing skew of the Senate is the main reason the GOP will probably retain control despite a substantial Democratic victory in the presidential popular vote.

But, you may ask, why is divided control of government such a problem? After all, Republicans controlled one or both chambers of Congress for three-quarters of Barack Obama’s presidency, and we survived, didn’t we?

In fact, GOP obstruction did a lot of damage even during the Obama years. Republicans used hardball tactics, including threats to cause a default on the national debt, to force a premature withdrawal of fiscal support that slowed the pace of economic recovery. I’ve estimated that without this de facto sabotage, the unemployment rate in 2014 might have been about 2 percentage points lower than it actually was.

And the need for more spending is even more acute now than it was in 2011, when Republicans took control of the House.

Most immediately, the coronavirus is running wild, with new cases exceeding 100,000 a day and rising rapidly.

This is going to hit the economy hard, even if state and local governments don’t impose new lockdowns.

We desperately need a new round of federal spending on health care, aid to the unemployed and businesses, and support for strapped state and local governments. Reasonable estimates suggest that we should spend US$200 billion or more each month until a vaccine brings the pandemic to an end. I’d be shocked if a Senate still controlled by Mitch McConnell would agree to anything like this.

Even after the pandemic is over, we’re likely to face both persistent economic weakness and a desperate need for more public investment. But McConnell effectively blocked infrastructure spending even with Donald Trump in the White House. Why would he become more amenable with Biden in office?

Now, spending isn’t the only form of policy. Normally, there are many things a president can achieve for good (Obama) or evil (Trump) through executive action. In fact, during the summer a Democratic task force identified hundreds of things a President Biden could do without having to go through Congress.

But here’s where I worry about the role of a heavily partisan Supreme Court – a court shaped by McConnell’s norm-breaking behavior, including the rushed confirmation of Amy Coney Barrett just days before the election.

Six of nine justices were chosen by a party that has won the popular vote only once in the past eight elections.

And I think there’s a substantial chance that this court may behave like the Supreme Court in the 1930s, which kept blocking New Deal programs until FDR threatened to add seats – something Biden wouldn’t be able to do with a Republican-controlled Senate.

So we are in big trouble.

Trump’s defeat would mean that we have, for the moment, avoided a plunge into authoritarianism – and yes, the stakes are that high, not just because of who Trump is, but also because the modern GOP is so extremist and anti-democratic.

But our skewed electoral system means that Trump’s party is still in a position to hobble, perhaps cripple, the next president’s ability to deal with the huge epidemiological, economic and environmental problems we face.

Put it this way: If we were looking at a foreign country with America’s level of political dysfunction, we would probably consider it on the edge of becoming a failed state – that is, a state whose government is no longer able to exert effective control.

Runoff elections in Georgia may yet give Democrats Senate control; barring that, Biden might be able to find a few reasonable Republicans willing to pull us back from that brink. But despite his apparent victory, the Republic remains in great danger.

‘We are in big trouble’: Is America becoming a failed state?