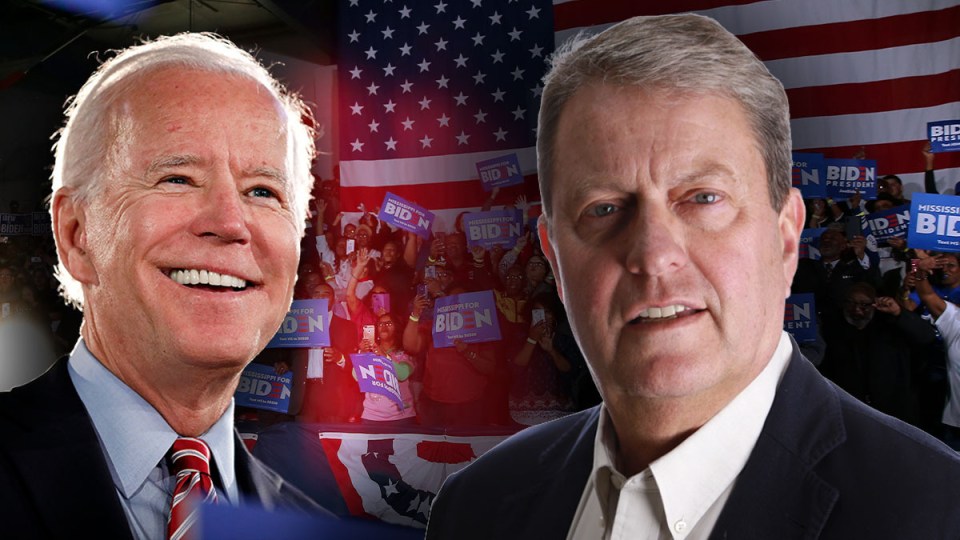 Americans are exhausted. By COVID, race riots, job losses, but most of all by their president, writes Bruce Guthrie. Photo: The New Daily
opinion

Australians should be hoping for a Joe Biden victory in the US presidential election. Or, more to the point, a Donald Trump loss.

A Trump victory would be disastrous for America and bad for us.

This isn’t just because I no longer trust the US-Australia alliance under Mr Trump – I fear we’d be left to our own devices in any real crisis – or that I believe he’d sell one of his noxious children to best us in a trade deal.

And it’s not because he’s a liar or a tax cheat or a fraudster or adulterer or a draft dodger or a shirker. Although he is all of these things and more.

And it’s not because he represents the worst of human qualities rather than the best, as a leader should.

It’s because if Mr Trump wins, politicians will start borrowing even more heavily from his particularly perverse playbook and liberal democracies around the world will be further corroded.

There’s little doubt Scott Morrison admires Mr Trump. In fact, he admitted on a US visit last year that he and Mr Trump shared “a lot of the same views”.

But, even more worryingly, Mr Morrison is increasingly playing politics the same way as Mr Trump.

Like the US President, Mr Morrison ignores the public will because he can play the same ace card as Mr Trump whenever the political tide turns against him: A cosy, even sleazy symbiosis with Rupert Murdoch.

The government and Mr Murdoch’s myriad outlets have entered into what Kevin Rudd rightly calls a “protection racket”.

Mr Morrison’s predecessor, Malcolm Turnbull, also noted it in his recent autobiography, A Bigger Picture: “News Corporation operates now like a political party. It attacks its enemies and protects its friends, as it did (Tony) Abbott and as it is today protecting Morrison to the point of ignoring big issues of accountability.”

It means that Mr Morrison believes he can withstand pretty much any political pressure because he has Rupert behind him.

Money has changed hands – our money – to prop up Mr Murdoch’s empire here, courtesy of the Morrison government.

Earlier this year Foxtel received $10 million from the feds ostensibly to cover women’s and under-represented sports. This was on top of the $30 million Rupert’s pay-TV outlet got under Turnbull.

In return for this largesse, which might better have gone to a much reduced ABC, Mr Murdoch’s outlets slavishly applaud the Morrison government’s modest achievements and run dead on its many failures.

That should have us all gravely concerned. Because, at least in the US, Mr Murdoch has competition. Here? Not much.

That’s because under Mr Turnbull the LNP deftly concentrated pretty much all print media in the hands of two proprietors, Murdoch’s News Corp and the Peter Costello-chaired Nine Entertainment, whose papers are also somewhat reduced by years of cuts.

Must be good to be a conservative PM and have only two calls to make on any issue – one to Rupert’s nominee and the other to a former Liberal treasurer and deputy PM. I bet they’re short conversations.

No wonder Mr Morrison thinks he can stonewall any political challenge.

Elsewhere, like Mr Trump, the Morrison government is misusing public money for political gain, paying lip service to Parliament, excusing errant ministers from any form of accountability and attacking key members of the public service, most notably the Auditor-General, which suffered a recent budget cut after identifying some government shortcomings.

There were even remnants of Mr Trump’s divisive style of politics in the government’s criticisms of Daniel Andrews’ COVID-19 lockdown.

Mr Morrison was politically astute enough to get his Treasurer Josh Frydenberg to fire most of the shots at Mr Andrews, but I have little doubt the PM loaded the gun.

In a timely piece of realpolitik Queensland voters rebuked Mr Morrison, Mr Murdoch and Co at the weekend.

It would be nice to think Americans could do the same, by rejecting Mr Trump’s divisive and inequitable politics and ignoring Mr Murdoch’s self-serving entreaties. All politicians would take note.

Will Mr Biden be a great president if he wins? I doubt it.

But he’ll certainly be a better and more decent one than Mr Trump, which is what the US needs now.

Americans are exhausted. By COVID, race riots, job losses, but most of all by their president.

“They’re tired of Trump yelling at them all the time,” an American friend wrote to me last week, predicting a Biden victory.

“Wherever he goes and whatever he does, Trump brings too much drama.

“They don’t love Joe. They just want things to calm down. At least, enough of them do.”

I hope he’s right. For their sake. And ours.

Bruce Guthrie: Why Australians should be hoping for a Joe Biden landslide