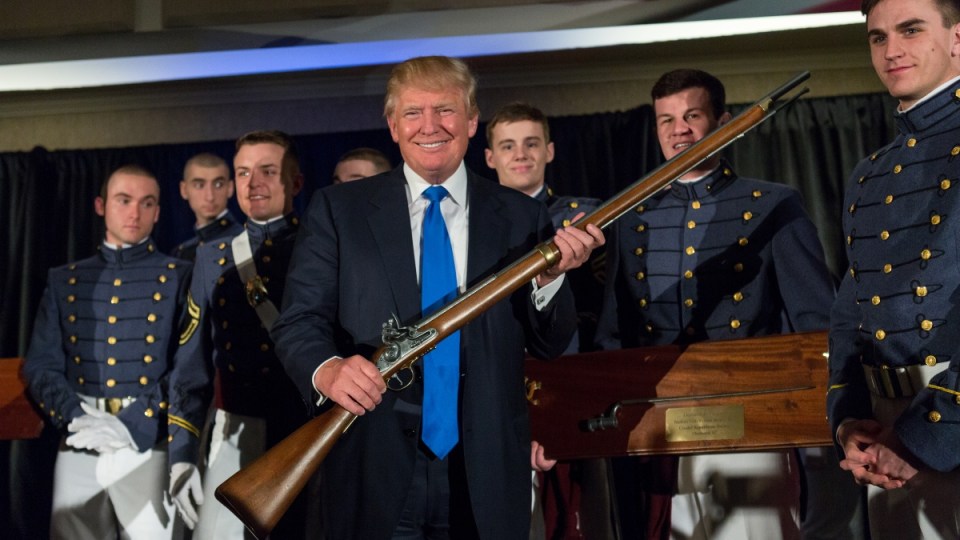 Donald Trump, shown here in 2016, has long been an ardent supporter of the right to bear arms.Photo: Getty Photo: Getty

The United States should make it easier to confine “deranged” people, says Donald Trump, who insists the cure for America’s epidemic of gun violence is even more guns.

Addressing a conference of the National Rifle Association in Houston mere days after a teenage gunman cut down 19 children and two teachers in Uvalde, Texas, Mr Trump said gun-free school zones leave victims with no means to defend themselves.

“The existence of evil is one of the very best reasons to arm law-abiding citizens.

“Clearly, we need to make it far easier to confine the violent and mentally deranged into mental institutions.”

Tuesday’s massacre in Uvalde by an 18-year-old gunman equipped with an AR-15 semiautomatic rifle again focused attention on the NRA, a major donor to Congress members, mostly Republicans.

Mr Trump said every school should have a single point of entry, strong fencing and metal detectors, adding that police or armed guards need to be present at all times in every school.

“This is not a matter of money. This is a matter of will. If the United States has $40 billion to send to Ukraine, we can do this,” he said, referring to Washington’s financial and military support for Ukraine after Russia’s invasion in February.