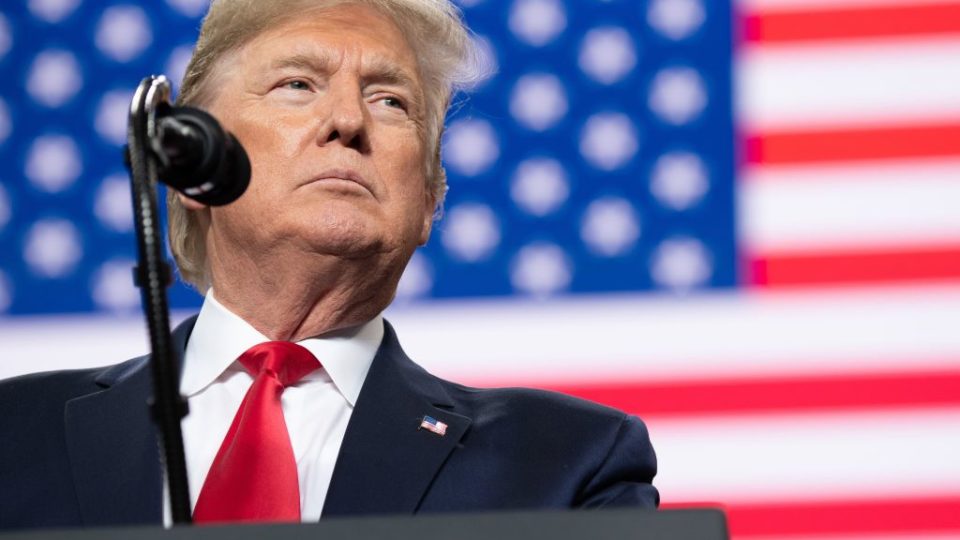 Donald Trump insists he is the target of a vast left-wing conspiracy. Photo: Getty

Donald Trump has condemned New York prosecutors for bringing charges against his namesake company and longtime financial adviser, using a campaign-style rally to air a host of grievances.

The Trump Organisation and its chief financial officer, Allen Weisselberg, pleaded not guilty on Thursday to what a New York prosecutor called a “sweeping and audacious” tax fraud, arising from a probe into Mr Trump’s business and its practices.

Mr Weisselberg and other executives are accused of receiving perks and benefits such as rent-free apartments and leased cars, without reporting them properly on their tax returns.

The outcome of the investigations and other lawsuits facing Mr Trump could affect whether he decides to run again for president in 2024.

“They’ve mobilised every power of government to come after me, my family, my wonderful employees and my company solely because of politics,” Mr Trump told the crowd, invoking his favourite image of ‘deep state’ operatives working to bring down a maverick.

The rally was billed as a Fourth of July celebration with fireworks, the latest in a series of appearances as the former president tries to keep Republicans’ focus on him.

Mr Trump used his speech to denounce the policies of his successor, Democratic President Joe Biden, and repeat his claim that he lost the 2020 election due to fraud.

Mr Trump dwelled heavily on Mr Biden’s policies along the US border with Mexico and rising crime, two issues that Republicans hope to use to their advantage in the 2022 midterm elections.

Mr Trump’s image took a beating after the deadly January 6 attack on the US Capitol by his supporters.

But 53 per cent of Republicans believe Mr Trump won the 2020 election and blame his loss on illegal voting, and one-quarter of the overall public agreed Mr Trump won, according to a May 17-19 Reuters/Ipsos poll.

Mr Trump, 75, has dangled the possibility of running for president again in 2024.

“We are looking at the election, more than looking at it,” he said, prompting cheers from the Sarasota crowd.