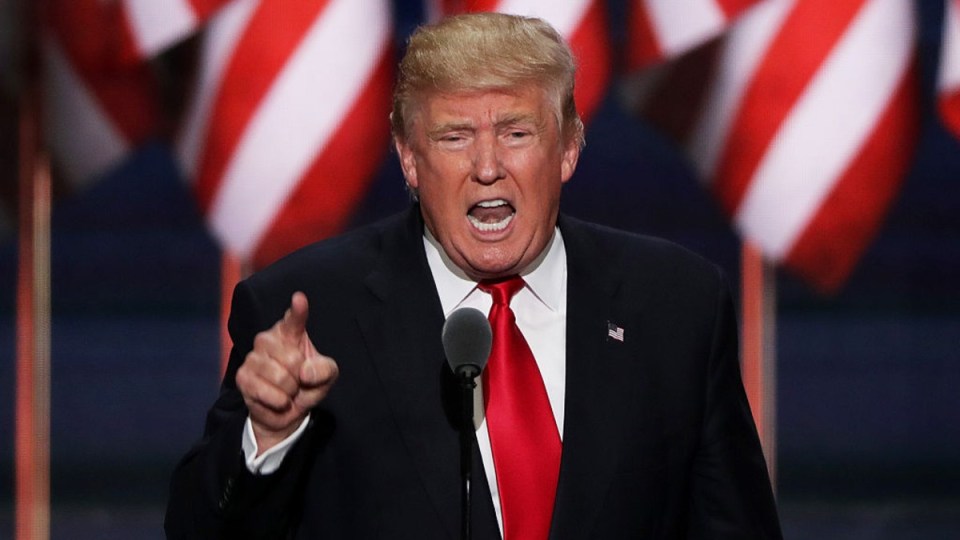 Donald Trump was rejected by American voters, but his power to shape the direction of the GOP continues to grow. Photo: Getty

Former US president Donald Trump has sought to position himself as the Republican Party kingmaker, telling party donors he will help them win seats in 2022 congressional elections.

What he didn’t say is whether he will challenge Joe Biden or Kamala Harris, should she replace the current president, in 2024’s presidential contest.

Trump’s bid to become the power behind the Republican throne was unveiled on Saturday, when he played host to a dinner at his Mar-a-Lago Club for Republican National Committee donors spending the weekend charting the future course of the party in Palm Beach, Florida.

“We are gathered tonight to talk about the future of the Republican Party – and what we must do to set our candidates on a course to victory,” Trump said, according to a prepared text of his speech to the group seen by Reuters.

“And then in 2024, a Republican candidate is going to win the White House.”

Trump cultists get the nod

Trump has spent the months since his chaotic exit from the White House considering requests from 2022 candidates for his endorsement and has been giving them his blessing based on whether they support him and his agenda or not.

He has said any talk of his own plans – the Constitution gives him the right to seek another four-year term – should wait until after the November 2022 elections.

A variety of other Republicans are considering their own potential runs for the party’s presidential nomination in 2024, such as Trump’s former secretary of state, Mike Pompeo, and Florida Governor Ron DeSantis.

While Democratic President Joe Biden defeated Trump by millions of votes, the Republican made inroads among traditional Democratic voters such as Hispanics and African Americans.

One of the elections’ curiosities is that while Joe Biden claimed the White House, Democrats lost seats in the House – an historical anomaly that has fuelled Trump’s unsubstanbtiated claims of voter fraud.

Trump, who sprinkled his remarks with attacks on Biden, said the key to victories in 2022 is to build on those gains, saying “the Republican Party will succeed and grow in the future by embracing its destiny as the champion of working-class Americans”.

Trump’s active role in Republican politics despite losing the 2020 election is unlike other former presidents who have tended to retreat from the limelight upon leaving the White House.