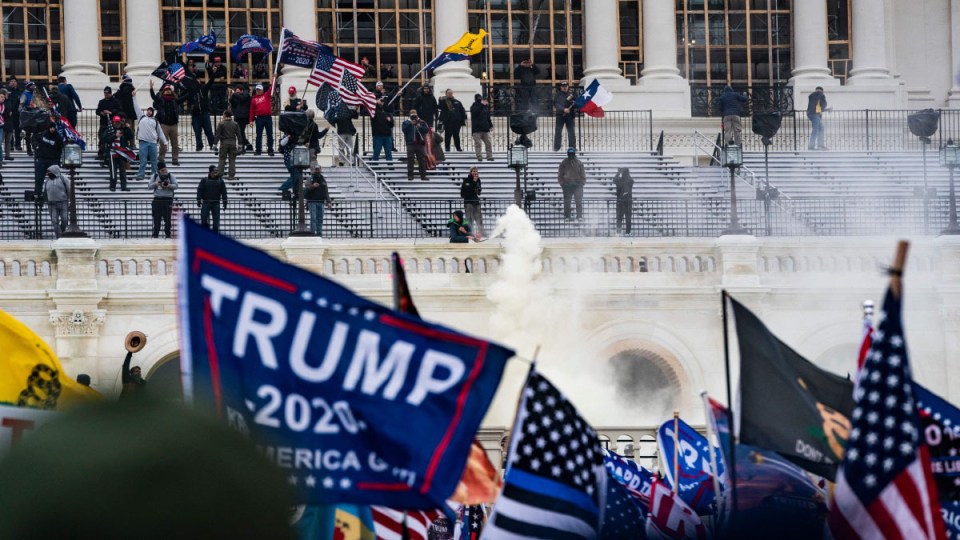 Trump supporters gather outside the Capitol in Washington before the mass assault on democracy. Photo: Getty Photo: Getty

An heiress to supermarket chain Publix reportedly donated about $US300,000 ($A390,000) to fund a rally that preceded the deadly storming of the US Capitol by supporters of Donald Trump.

It said her money paid for the lion’s share of the roughly $US500,000 rally at the Ellipse park where Trump spoke and urged supporters to “to fight”.

More than 135 people have been arrested in connection with the January 6 attack on the Capitol as Congress met to certify Democrat Joe Biden’s victory in the November election.

According to the Journal, Jones personally pledged more than $US50,000 in seed money for the rally in exchange for a speaking slot of his choice.

Jones, who has publicised discredited conspiracy theories, has hosted leaders of the Proud Boys and the Oath Keepers, two extremist groups prominent at the riot, on his popular radio and internet video shows, it said.

Meanwhile, Publix Super Markets said in a Twitter post the violence at the Capitol on January 6 was a national tragedy.

“The deplorable actions that occurred that day do not represent the values, work or opinions of Publix Super Markets.

“Mrs Fancelli is not an employee of Publix Super Markets and is neither involved in our business operations, nor does she represent the company in any way. We cannot comment on Mrs. Fancelli’s actions.”