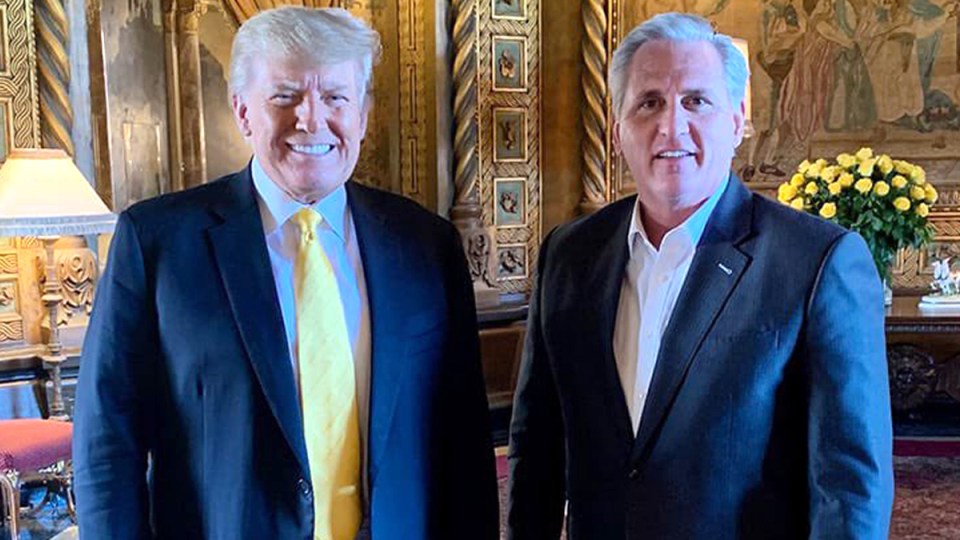 Former US President Donald Trump has emerged from his self-imposed hiding for the first time since leaving Washington ahead of Joe Biden’s inauguration more than a week ago.

Mr Trump has been snapped at his Florida home, Mar-a-Lago, with US House of Representatives Republican leader Kevin McCarthy.

At the meeting on Thursday (local time), he reportedly promised to help the Republican party take back the chamber in the 2022 congressional elections.

The meeting came three weeks after Mr McCarthy enraged Mr Trump by saying the then-outgoing president was responsible for the violent January 6 riot at the US Capitol by Mr Trump’s supporters.

In a statement, Mr Trump’s Save America political action committee – set up after he arrived in Florida as a former US president – said the meeting had been “very good and cordial”.

“They discussed many topics, No.1 of which was taking back the House in 2022,” it said.

“President Trump’s popularity has never been stronger than it is today, and his endorsement means more than perhaps any endorsement at any time.”

Mr Trump and Mr McCarthy had worked well together previously, it said  – and had “picked up at least 15 seats when most predicted it would be the opposite”.

“They will do so again, and the work has already started,” it said.

Five Republicans joined Democrats on Tuesday (local time) to reject a motion by Republican Senator Rand Paul that would have required the chamber to vote on whether the trial violates the US Constitution.

The Senate is expected to pick up the former President’s trial in February.

Mr McCarthy released his own statement after the meeting.

“Today, President Trump committed to helping elect Republicans in the House and Senate in 2022,” he said.

“A Republican majority will listen to our fellow Americans and solve the challenges facing our nation. Democrats, on the other hand, have only put forward an agenda that divides us – such as impeaching a president who is now a private citizen and destroying blue-collar energy jobs. For the sake of our country, the radical Democrat agenda must be stopped.”