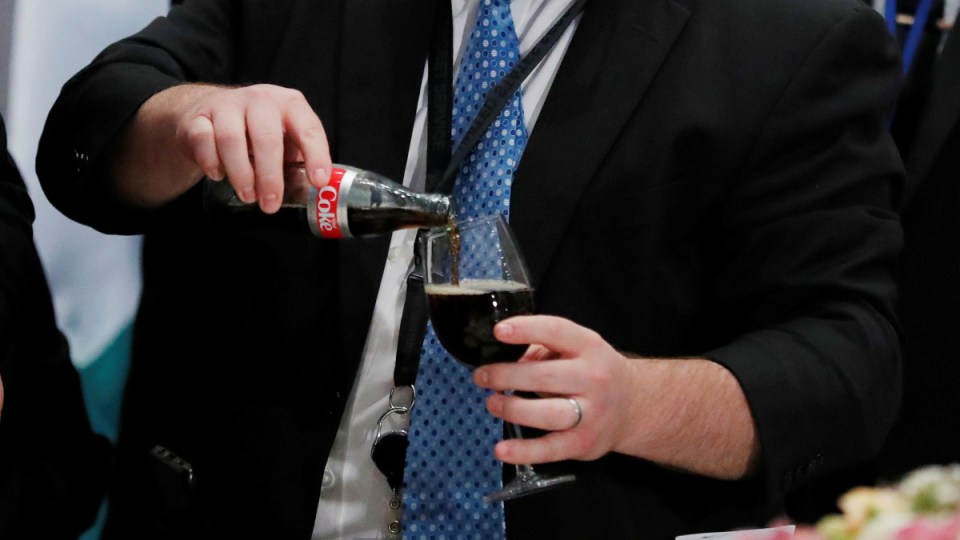 A White House staff member from the presidential food service in action at a United Nations conference Photo: Reuters

Some matters don’t take long to bubble to the surface.

Donald Trump has only just vacated the White House but US President Joe Biden appears to have wasted no time in getting rid of the Diet Coke button his predecessor used on the resolute desk in the Oval Office.

Political commentator Tom Newton Dunn on Thursday tweeted a photo of Mr Biden behind the desk with stacks of executive orders — but the little red button Mr Trump pushed to get his favourite soft drink appeared to be missing.

Whenever Mr Trump pressed it “a butler swiftly brought in a Diet Coke on a silver platter. It’s gone now.”

Mr Trump showed off the button to reporters with the Associated Press and the Financial Times in 2017.

“With the push of a red button placed on the Resolute Desk that presidents have used for decades, a White House butler soon arrived with a Coke for the president,” the AP reported at the time.

Mr Trump boasted his staffers always noticed when he pressed the button.

“Everyone does get a little nervous when I press that button,” Mr Trump told a Financial Times reporter.

Mr Trump would reportedly drink upwards of a dozen Diet Cokes each day.