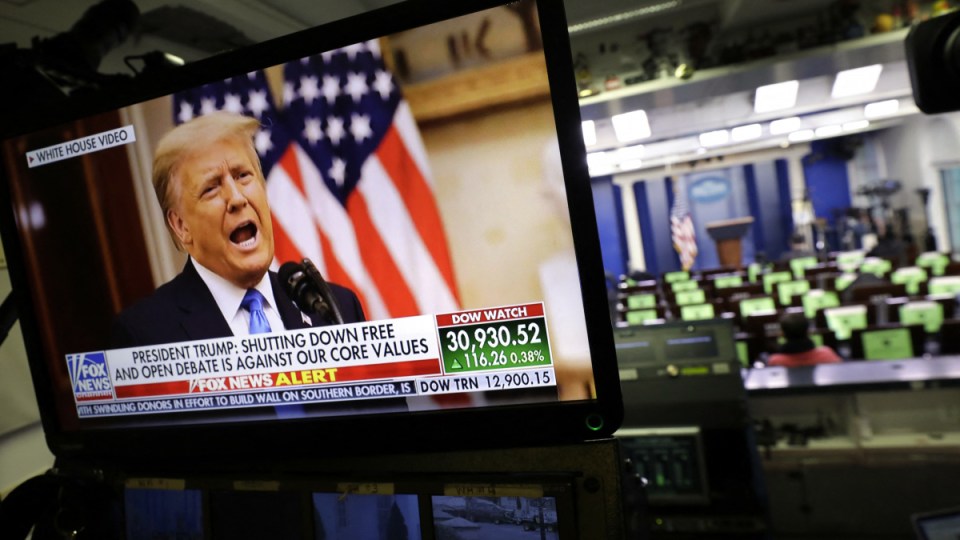 US President Donald Trump did not mention President-elect Joe Biden by name in a video farewell speech released by the White House. Photo: Slipa USA

US President Donald Trump has urged prayers for the new administration of President-elect Joe Biden but declined to acknowledge his Democratic successor by name.

“This week, we inaugurate a new administration and pray for its success in keeping America safe and prosperous,” the Republican president said in the video remarks.

“We extend our best wishes, and we also want them to have luck – a very important word.”

Mr Trump has refused to offer a full concession to Mr Biden, who won the November 3 election with 306 Electoral College votes to Trump’s 232.

The outgoing president is not meeting with Mr Biden before the Democrat’s inauguration on Thursday (4.00am AEDT) and instead plans to fly to Florida, where he is expected to reside after his White House term.

Mr Trump campaigned on a pledge to “Make America Great Again” but leaves office with nearly 400,000 people dead of the coronavirus whose risk he downplayed, an economy struggling from the pandemic, and relationships strained with key US allies.

“America is not a timid nation of tame souls who need to be sheltered and protected from those with whom we disagree.”

Mr Trump has been holed up at the White House for the final weeks of his term, reeling after the riot by his supporters at the Capitol that left five people dead, including a Capitol Police officer.

The stampede, which followed a rally in which Mr Trump repeated false allegations of election fraud, has overshadowed any efforts to emphasise the president’s legacy in his final days in office.

In the recorded remarks Mr Trump sought to highlight aspects of his presidency in which he took pride.

“We did what we came here to do, and so much more,” he said.

“I took on the tough battles, the hardest fights, the most difficult choices – because that’s what you elected me to do.”

“We revitalised our alliances and rallied the nations of the world to stand up to China like never before,” he said.

“I am especially proud to be the first president in decades who has started no new wars.”

Mr Trump, who leaves amid deep divisions in the country, acknowledged the Capitol riots, which in the immediate aftermath of the violence on January 6 he was slow to condemn.

“All Americans were horrified by the assault on our Capitol. Political violence is an attack on everything we cherish as Americans. It can never be tolerated,” he said.

However, US Senate Majority Leader and fellow Republican Mitch McConnell has accused Mr Trump of provoking the January 6 riot at the Capitol.

“The mob was fed lies. They were provoked by the President and other powerful people,” Mr McConnell said in a speech on the Senate floor.

And the President, who former advisers predict has lost much of a political future after the riots, suggested his movement would go on.

“Now, as I prepare to hand power over to a new administration at noon on Wednesday, I want you to know that the movement we started is only just beginning,” Mr Trump said.

“I go from this majestic place with a loyal and joyful heart and optimistic spirit, and a supreme confidence that for our country and for our children, the best is yet to come.”

Mr Trump is expected to spend his last full day in office issuing a flurry of pardons from a near-deserted White House and surrounded by an extraordinary security presence outside.

He will board Air Force One for a final time today, flying to Florida and becoming the first outgoing president in more than a century to skip the inauguration of his successor.