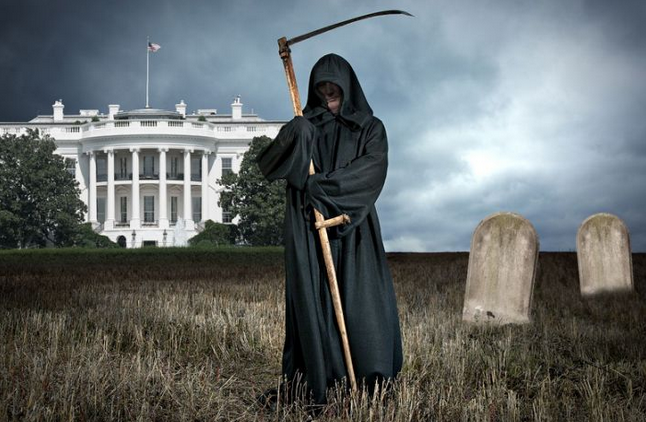 If Donald Trump defies the latest crushing polls, his road back to the White House will have been paved with the bodies COVID victims infected as a result of his massive rallies, according to a Stanford University study.

The just-released paper attributes more than 30,000 confirmed COVID-19 cases to the rallies and uses sophisticated modelling to conclude that 700 Americans would still be alive if the President had followed challenger Joe Biden’s example and limited events to small, socially distanced gatherings.

The just-released paper monitored the health of subjects “up to 10 post-rally weeks for each event”.

“The communities in which Trump rallies took place paid a high price in terms of disease and death,” write researchers led by economist Professor B. Douglas Bernheim.

“He’s costing hundreds of lives and sparking thousands of cases with superspreader rallies that only serve his own ego,” a Biden spokesperson said.

Rates of COVID-19 often rose notably in communities that hosted the events, compared with nearby towns that Mr Trump did not visit, the study found.

“There’s currently this very important debate going on about the costs and benefits of lockdowns, restrictions and so forth,” said Professor Bernheim, rejecting suggestions that his modelling was influenced more by politics than science.

“It’s important that debate be informed by good information.”

The Trump campaign responded by saying that rally attendees have their temperatures checked, are given masks and provided with hand sanitiser.

The Stanford researchers frame those measures as too little too late.

“There are some indications that compliance with public health guidelines, such as the use of masks, improved at later rallies,” the research paper notes.

Michael Mina, an epidemiologist at the Harvard TH Chan School of Public Health, criticised the study as “not particularly robust”.

“It offers a data point, but nothing I would want to draw any strong conclusions from,” Dr Mina said.

“It is also so overtly political that it makes it hard to distinguish if there were decisions made out of perhaps unrecognised bias.”

Other academics defended the study and its methods.

Eleanor Murray, an assistant professor of epidemiology at Boston University School of Public Health, said the paper “applies an appropriate method with some good robustness and sensitivity checks”.

“If the key underlying assumption is realistic then the answer is probably something that could be relied upon,” Professor Murray said.

More than nine million people in the United States have been infected with COVID-19 and the virus has claimed the lives of more than 230,000 people.