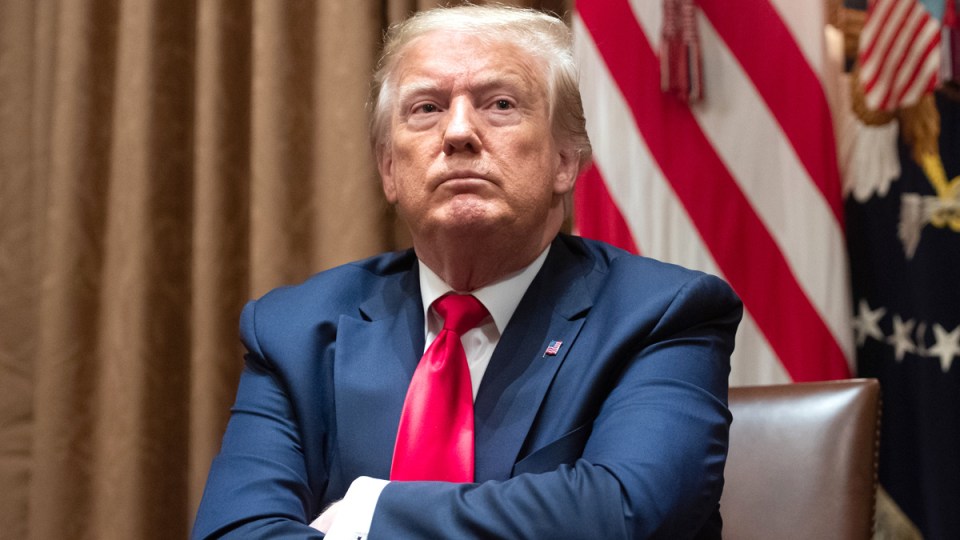 Donald Trump has long said he won't be wearing a mask. Photo: Getty

Facebook and Twitter have both removed a video posted by US President Donald Trump, which was altered to appear as if it had aired on CNN, after receiving a copyright-infringement claim.

“We received a copyright complaint from the rights holder of this video under the Digital Millennium Copyright Act and have removed the post,” a Facebook spokesperson confirmed to Variety on Friday.

A Twitter rep also said the video from Trump’s tweet was removed. “Per our copyright policy, we respond to valid copyright complaints sent to us by a copyright owner or their authorised representatives.

On Thursday, Mr Trump cross-posted a meme video to Twitter and Facebook that was doctored with a fake CNN graphic and captions reading “Terrified Todler [sic] Runs From Racist Baby” and “Racist Baby Probably a Trump Voter”.

The faked video, created by right-wing meme account Carpe Donktum, implied CNN was “fake news” and urged viewers to report “fake news” when they see it.

Twitter applied a “manipulated media” warning to Mr Trump’s post, the first time it added that specific tag to one of his tweets.

The original CNN story from September 2019 about a pair of two-year-olds in New York was headlined, “These two toddlers are showing us what real-life besties look like”. The feature included footage from a viral video shared by one of the kids’ dads on Facebook.

On Friday, viral-video licensing firm Jukin Media – which represents the father who posted the original video – issued DMCA complaints to Facebook and Twitter demanding the Trump-posted videos be removed.

“Yesterday, a doctored version of a video that belongs to one of Jukin Media’s video partners was posted to Twitter by President Trump,” the company said.

“Neither the video owner nor Jukin Media gave the president permission to post the video, and after our review, we believe that his unauthorised usage of the content is a clear example of copyright infringement without valid fair use or other defence.”

Jukin added, “Separately, in no way do we support or condone the manipulated video or the message it conveys.”

The tweet remained available on Twitter (and had been viewed 20 million times so far), but the video cannot be viewed.

Two weeks ago, both Twitter and Facebook pulled a Trump campaign video, which included images and video footage of George Floyd as well as protests and riots in the wake of Floyd’s killing by police, from their respective services after receiving copyright-takedown notices from the rights holder of one of the images used.

“CNN did cover this story – exactly as it happened. Just as we reported your positions on race (and poll numbers),” the WarnerMedia-owned news network’s communications group wrote on Twitter.

“We’ll continue working with facts rather than tweeting fake videos that exploit innocent children. We invite you to do the same. Be better.”