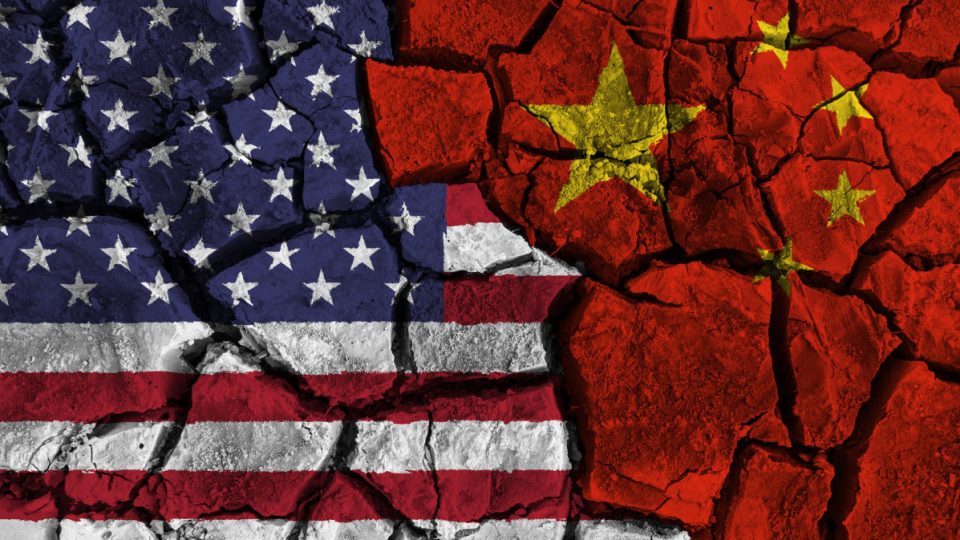 “Evil.” “Lunacy.” “Shameless.” “Sick and twisted.” China has hit back at U.S. criticism over its handling of the coronavirus pandemic with an outpouring of vitriol as acrid as anything seen in decades.

The bitter recriminations have plunged relations between China and the United States to a nadir, with warnings in both countries that the bad blood threatens to draw them into a new kind of Cold War.

A cycle of statements and actions is solidifying long-standing suspicions in Beijing that the United States and its allies are bent on stifling China’s rise as an economic, diplomatic and military power.

Hard-liners are calling on Beijing to be more defiant, emboldened by the Trump administration’s efforts to blame China for the mounting death toll in the United States. Moderates are warning that Beijing’s strident responses could backfire, isolating the country when it most needs export markets and diplomatic partners to revive its economy and regain international credibility.

The clash with the United States over the pandemic is fanning broader tensions on trade, technology, espionage and other fronts – disputes that could intensify as President Donald Trump makes his contest with Beijing a theme of his reelection campaign.

“We could cut off the whole relationship,” Trump said in an interview on Fox Business on Thursday.

While the hostility has so far been mostly confined to words, there are warning signs the relationship could worsen. The trade truce that Trump and his Chinese counterpart, Xi Jinping, reached in January could fall apart, despite recent pledges to keep to its terms. Other tensions, including those over Taiwan and the South China Sea, are also flaring.

“After the pandemic, the international political landscape will totally change,” Wu Shicun, president of the National Institute for South China Sea Studies, said in a telephone interview. “The confrontation between China and the United States — in terms of trade, technology, the Taiwan issue, the South China Sea issue — will be a bigger problem.”

The tensions spilled over into the United Nations on Friday when China said that the urgency of the pandemic demanded that the United States pay its delinquent U.N. assessment, which by some calculations exceeds $2 billion. The American Mission to the U.N. responded by saying that the United States customarily pays its assessments at year’s end and that China was “eager to distract attention from its cover-up and mismanagement” of the coronavirus crisis.

In its first months, the outbreak delivered a political blow to Xi, after officials held back information and discouraged doctors from reporting cases. Trump appeared confident that the United States had little to fear, and he praised Xi’s handling of the crisis.

Only weeks ago, Xi and Trump spoke by telephone and proclaimed their unity in the face of the coronavirus. Trump declared his “respect” for Xi, and Xi told him that countries had to “respond in unison” against a global health emergency.

Their brittle unity collapsed as coronavirus deaths exploded in the United States. The White House and the Republican Party tried to shift the focus of ire, blaming China for reacting slowly and covering up crucial information.

The backlash, in turn, has reignited the battle over trade, technology, and other issues, with the United States on Friday issuing rules that would bar the Chinese telecom giant Huawei from using American machinery and software.

Public sentiment in the United States and other countries has also hardened against China, according to recent polls.

“I have a very good relationship, but I just – right now I don’t want to speak to him,” Trump said of Xi on Thursday. A spokesman for China’s foreign ministry, Zhao Lijian, brushed aside Trump’s threat to sever relations, saying Friday that the two countries should cooperate.

Secretary of State Mike Pompeo and other officials have raised the idea that the coronavirus leaked from the Wuhan Institute of Virology, which many scientists have said was possible in theory but lacked evidence.

“In Chinese eyes, the Trump administration is trying to delegitimize Communist Party rule and also stigmatize not just China but also China’s top leaders,” Zhu Feng, a professor of international relations at Nanjing University in eastern China, said in a telephone interview.

China’s leaders have struck back through party-run media outlets that said the United States and other democracies had ignored warnings and disastrously mismanaged the crisis. China has repeatedly held up its response as a model that other countries should follow, not criticize.

“Such lunacy is a clear byproduct, first and foremost, of the proverbial anxiety that the U.S. has suffered from since China began its global ascension,” Global Times, a nationalist Chinese newspaper, said Friday of Trump’s comments. “It is also a combination of envy and panic on behalf of Washington elites.”

Policymakers in Beijing will to some extent discount the loud accusations from the Trump administration as a product of domestic political maneuvering. But the recent bitter exchanges were also a symptom of a worsening in the relationship that existed even before the coronavirus outbreak.

“There is a major reassessment of U.S.-China interdependence underway,” said Julian Gerwirtz, a scholar at Harvard’s Weatherhead Center for International Affairs. “Even if Xi might like to temporarily de-escalate the trade and technology conflicts to reduce pressure on the Chinese economy, there is now powerful momentum behind what we might call a ‘security-first’ future.”

The editor of The Global Times, Hu Xijin, has called for China to expand its nuclear arsenal in response to U.S. actions. “We are facing an increasingly irrational U.S., which only believes in strength,” he wrote last week.

Other hawks have warned that China needs to be prepared to deal with clashes over Taiwan and the South China Sea, where U.S. warships have stepped up patrols this year. Some hard-liners have gone further, warning of war.

“We have to dig out those traitors who have been bought out by the United States and do its bidding,” Wang Haiyun, a retired major general attached to a pro-party foundation in Beijing, wrote in a policy proposal circulated this month on Chinese nationalist websites.

The bellicose voices in Beijing have been subtly challenged by proponents of a more moderate approach, and the Chinese foreign ministry distanced itself from Hu’s comments on nuclear weapons. Despite the ill will, both governments have pushed ahead with the partial deal to ease trade tensions.

Xi has not spoken to Trump since their call in March.

“The rapport we speak of between the top leaders, so they can use good personal relations, has I think totally gone,” Cheng Xiaohe, an associate professor at the School of International Studies at Renmin University in Beijing, said in an interview.

How Xi plays his hand against the United States could reverberate for years – for his political fortunes and for China’s standing in the world.

While Trump will take into account the presidential election, Xi too must consider his prospects for a third term from 2022. Xi has no clear heir apparent, and in 2018 he abolished a term limit on the presidency, opening the way to an indefinite time in power as both president and Communist Party leader.

From ‘respect’ to ‘sick and twisted’: Coronavirus has raised the spectre of a new Cold War