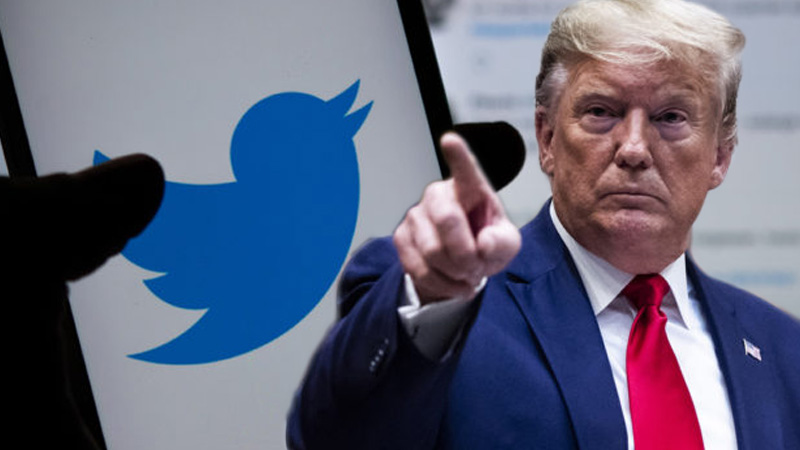 President Donald Trump has set a record for activity on his favourite social media platform, tweeting and retweeting more than 130 times about his US Senate impeachment trial, the Democrats who want to replace him and much, much more.

By 4.25pm on Wednesday (Washington time), Mr Trump had barrelled through his previous record of 123 Twitter postings in a day, which he set a little over a month ago, according to Factba.se, a service that compiles and analyses data on his presidency.

Mr Trump’s previous record for tweets on a single day during his time in the White House was set on December 12, 2019, the day the House Judiciary Committee opened its marathon session to approve two articles of impeachment against the President.

The President’s Twitter frenzy came as Democrats called him a “cheat” who abused his power as they started laying out formal arguments to remove him from office on the second day of his impeachment trial in the US Senate.

“President Trump solicited foreign interference in our democratic elections, abusing the power of his office to seek help abroad to improve his re-election prospects at home,” said Adam Schiff, the lead impeachment manager.

Mr Schiff blasted Mr Trump for attempting to “cheat” in the 2020 elections and then using the “unrivalled authority at his disposal as commander-in-chief to cover up his wrongdoing”.

And, for your information, we have a record as of 4:25 pm on @realDonaldTrump. The most tweets of his presidency at 125 and counting. The most retweets ever at 110 and counting. Closing on the all time record set in 2015… pic.twitter.com/V9hLmN2lEu

That spurred Mr Trump, who started his Wednesday at the World Economic Forum in Davos, Switzerland, into action. He hammered out 41 tweets between 6am and 7am (local time).

The President spent most of the day heading home to Washington on Air Force One – where the media contingent on board reported televisions showed Fox News for much of the flight.

The network carried the first day of opening arguments from Democratic impeachment managers.

The vast majority of Mr Trump’s postings to his more than 71 million followers were retweets of messages, videos and images from Republican politicians and other backers haranguing Democrats.

The barrage included plenty of incendiary posts excoriating Mr Schiff and a retweet of a provocative image posted by White House social media director Dan Scavino that shows Mr Trump walking in front of a fiery scene meant to symbolise the incineration of the “Deep State”.

The impeachment managers have 24 hours over three days to make their case against Mr Trump, who is accused of abusing his presidential powers in pressuring Ukraine and then obstructing Congress.

Starting likely on Saturday, Mr Trump’s defence lawyers will be given an equal amount of time to present their case.

Mr Trump set his all-time record for tweets in a day before he became president, with 161 posts in January 2015, according to Factba.se. Most of his tweeting that day was dedicated to plugging his reality television show.