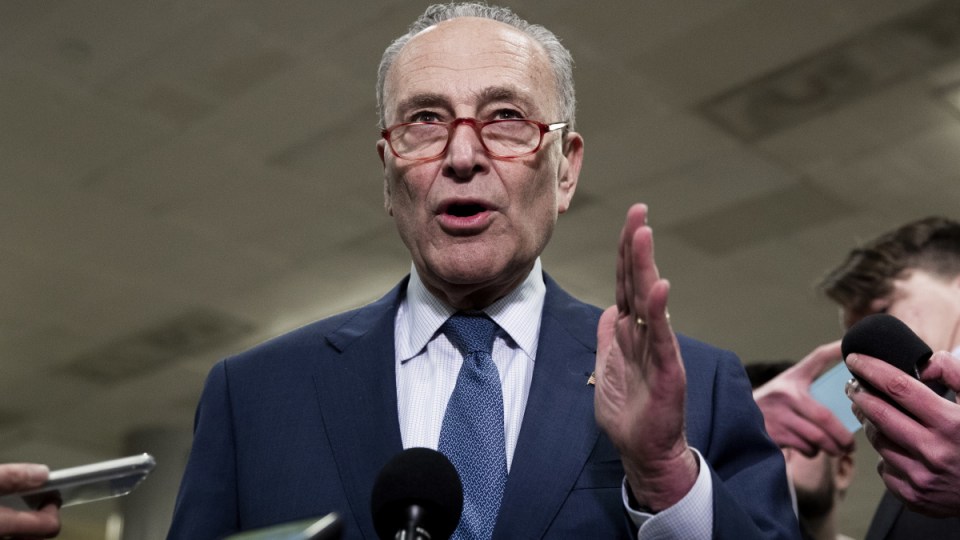 The Republican-controlled US Senate has rejected a Democrat bid to force the White House to produce documents and evidence in a sign the third impeachment trial in American history could proceed favourably for President Donald Trump.

On the first day of the trial, Mr Trump’s chief legal defender attacked the case as baseless and a top Democratic politician said there was “overwhelming” evidence of wrongdoing.

Democrats have called on the Republican-controlled Senate to remove Mr Trump from office for pressuring Ukraine to investigate former vice-president Joe Biden, a political rival, and then impeding the inquiry into the matter.

Mr Trump, who was impeached last month by the Democrat-led House of Representatives on charges of abusing power and obstructing Congress, denies any wrongdoing. He has called the trial a partisan hoax to derail his 2020 re-election.

With the television cameras rolling, US Chief Justice John Roberts convened the proceedings and the two sides began squabbling over Senate Majority Leader Mitch McConnell’s proposed rules for the trial.

White House counsel Pat Cipollone, who is leading Mr Trump’s defence, attacked the foundation of the charges against the Republican President and said Democrats had not come close to meeting the US Constitution’s standard for impeachment.

“The only conclusion will be that the President has done absolutely nothing wrong,” Mr Cipollone said as he argued in favour of Senator McConnell’s proposal to decide on whether to allow further witnesses or documents later in the trial.

“There is absolutely no case,” he said.

Democratic Representative Adam Schiff, who helped spearhead the House impeachment inquiry, summarised the charges against Mr Trump and said the President had committed a “trifecta of constitutional misconduct justifying impeachment”.

Mr Schiff said that although the evidence against Mr Trump was “already overwhelming, “further witness testimony was necessary to show the full scope of the misconduct by the President and those around him”.

“For all of the name-calling and finger-pointing from the President’s counsel, we did not hear a single argument on the merits about why there should not be the documents and witnesses we requested in this trial,” Senator Schumer said.

Senator McConnell unveiled a plan on Monday for what would be a potentially quick trial without new testimony or evidence. It would have given Democratic prosecutors and Mr Trump’s lawyers 48 hours, evenly split, to present their arguments over four days.

That plan was changed to give each side three days of opening arguments over two 24-hour periods. The rules also will allow the House’s record of the impeachment probe admitted as evidence in the trial, as Democrats had demanded.

“We discussed it at lunch. It was pretty much a [Republican] conference consensus that made a lot more sense,” Republican Senator Ron Johnson said.

Democrats had accused Senator McConnell of trying to rig a trial with proposed rules that they said would prevent witnesses from testifying and bar evidence gathered by investigators.

Senator McConnell has repeatedly said the rules would mirror those the Senate used in the 1999 impeachment of then-president Bill Clinton, a Democrat. Republican senators have not ruled out the possibility of further witness testimony and evidence.