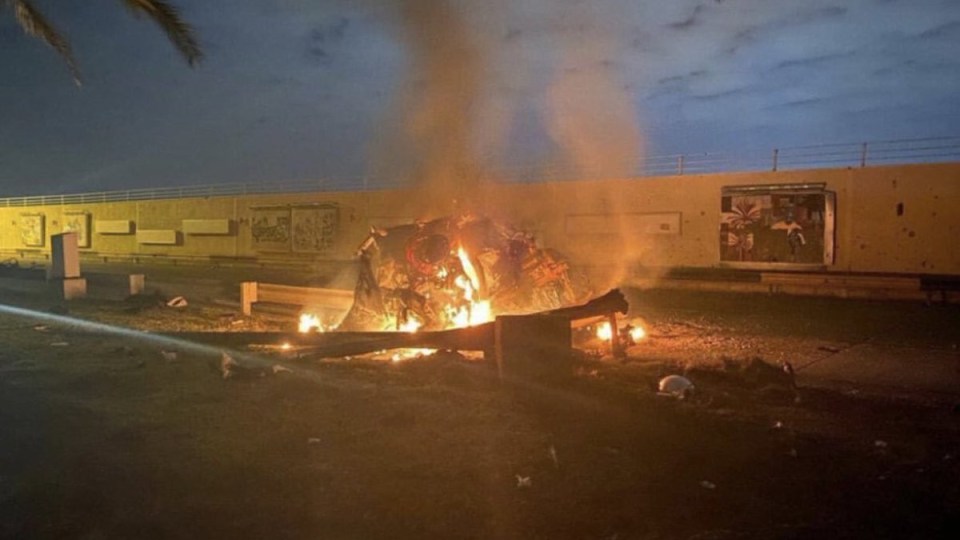 An attack by Iran-backed militias on the US Embassy in Baghdad on New Year's Eve. Photo: Twitter

Confronted by persistent questions about his military action in the Middle East, United States President Donald Trump and his top officials have offered a string of fresh explanations, with Mr Trump now contending Iranian militants had planned major attacks on four US embassies.

Mr Trump gave the more worrisome number in a later interview with Fox News but still no specific detail.

“I can reveal that I believe it probably would’ve been four embassies,” he told Fox.

Just hours earlier, Secretary of State Mike Pompeo said the US didn’t know when or where attacks might occur. Mr Trump and other officials insisted Iranian General Qassem Soleimani had posed an imminent threat to the US, but they rebuffed repeated attempts to explain what they meant by “imminent.”

Mr Trump, meanwhile, announced additional sanctions against Iran, which he had promised after a barrage of missiles fired by the Islamic State against American bases in Iraq earlier this week.

Those Iranian missiles, which caused no casualties, were prompted by the US drone strike that killed General Qassem Soleimani last week in Baghdad.

That US assault set off a chain of events that may have included the downing of a Ukrainian jetliner, possibly by an Iranian missile, and calls by the Iraqi government to expel US troops from their country.

At the White House, Mr Trump issued an executive order adding additional US sanctions to the already long list his administration had imposed in an effort to force Iran to accept a new agreement that would curb its nuclear program and to halt support for militant groups throughout the Middle East.

Mr Trump declared the US was holding Iran responsible for attacks against the United States as well as a threat to US service members, diplomats and civilians – an apparent reference to the justification for killing General Soleimani.

“The United States will continue to counter the Iranian regime’s destructive and destabilising behaviour,” he said.

But Mr Trump and others faced continuing questions over their claims of an “imminent” threat.

Members of Congress said Mr Pompeo and other officials did not provide sufficient detail or justification in briefings this week.

Define what you mean by imminent, Mr Pompeo was asked at a White House news conference.

Both Mr Pompeo and Mr Trump said US embassies were threatened. The secretary of state broadened it to include “American facilities,” including military bases throughout the region.

“This was going to happen, and American lives were at risk,” he said.

Mr Trump spoke amid revelations by US officials that the American military had tried, but failed, to kill another senior Iranian commander on the same day that General Soleimani was killed.

The targeting of Abdul Reza Shahlai was apparently part of an effort to cripple the leadership of Iran’s Quds Force, which the US has designated a terror organisation along with the larger Islamic Revolutionary Guard Force.

House Speaker Nancy Pelosi called the killing of Soleimani “provocative and disproportionate,” and other members said they were unconvinced after a closed-door briefing on the intelligence.