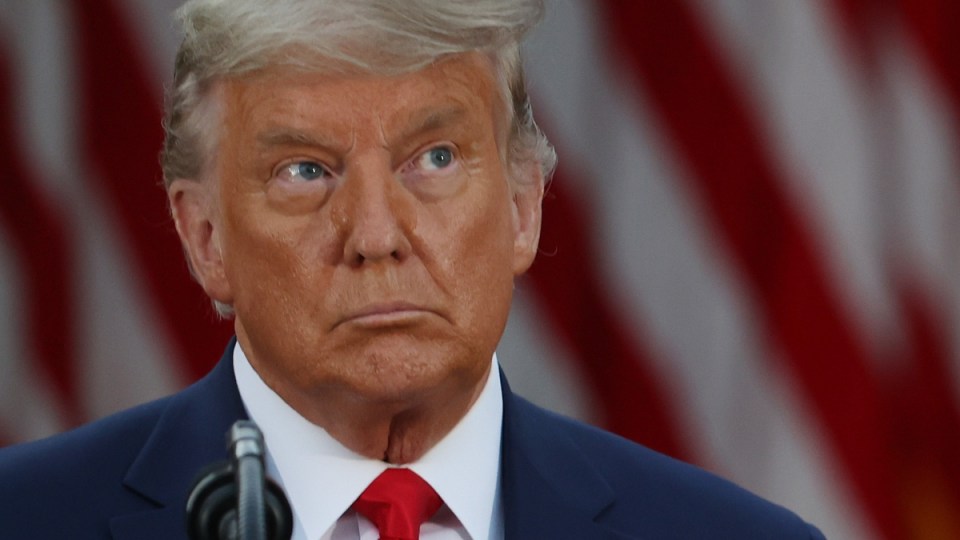 US President Joe Biden has decried his predecessor for failing to stop last year’s deadly mob attack on the Capitol, saying “Donald Trump lacked the courage to act” as hours of “medieval hell” unfolded.

President Biden, who remains in isolation in the family quarters of the White House after testing positive for COVID-19 last week, has previously slammed Mr Trump for helping to incite the mob on January 6, 2021, with a “web of lies” about the 2020 presidential election being marred by widespread voter fraud that never actually occurred.

But his comments to the conference were the clearest link President Biden has made between Mr Trump and the insurrection since a House committee investigating the attack on the Capitol began holding hearings in June as part of its work to get to the bottom of all that occurred.

“You saw what happened. The Capitol police, the DC Metropolitan police, other law enforcement agencies were attacked and assaulted before our very eyes. Speared, sprayed, stomped on, brutalised,” said President Biden, whose voice was still raspy and deeper than usual as he recovers from the effects of the coronavirus.

“Lives were lost. And for three hours, the defeated former president of the United States watched it all happen as he sat in the comfort of the private dining room next to the Oval Office.”

He added that while Mr Trump was “doing that, brave law enforcement officers are subject to the medieval hell for three hours”.

That referenced Cassidy Hutchinson, a former Trump administration White House aide, testifying before the House January 6 committee about Trump’s temper as he sat in his dining room and watched TV as his plans to overturn the election fell apart.

President Biden didn’t mention the committee’s work specifically during the taped address and has previously largely avoided the topic.

He said after its opening hearing that the work was about allowing “no one to place a dagger at the throat of our democracy,” but also noted then that he’d not had time to watch the first instalment.

The committee held its final summer hearing last week, which focused on Mr Trump’s failing to help disperse attackers overrunning the Capitol — even as top aides and members of his family implored him to call for an end to the violence.

In his pre-taped comments, President Biden noted that law enforcement officers during the insurrection were “dripping in blood, surrounded by carnage, face-to-face with a crazed mob that believed the lies of the defeated president”.

“The police were heroes that day. Donald Trump lacked the courage to act,” the president said.