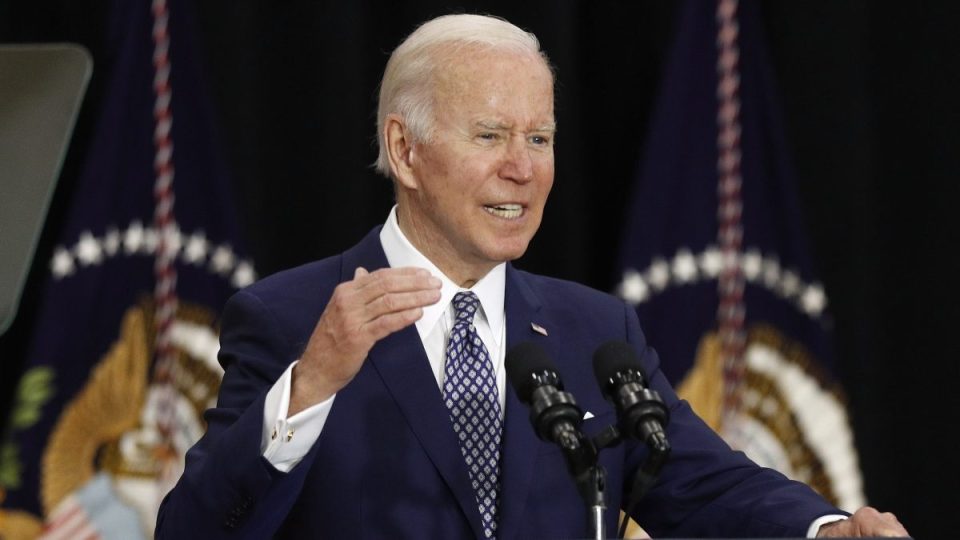 US President Joe Biden is feeling better and recovering from his COVID-19 infection. Photo: AAP

US President Joe Biden says he’s “feeling better every day” as he recovers from his COVID-19 infection.

The White House plans to hold a summit on Tuesday to discuss developing a new generation of vaccines that could more effectively guard against contagious variants.

After participating in a virtual meeting to talk about computer chip manufacturing, President Biden said “everything’s on the button” with the medical tests he’s been receiving each evening.

He also said he’s been sleeping better, joking that his dog had to wake him up this morning.

“My wife’s not here, she usually takes him out,” Biden said.

First lady Jill Biden has been at the family home in Delaware while the president isolates in the White House residence.

President Biden said his voice is still raspy and he still has nasal congestion, but he’s “on my way to fully recovered, God willing.”

“I’m not keeping the same hours, but I’m meeting all my requirements that have come before me,” he said.

It was President Biden’s first public appearance since Friday. Although his voice was deeper and raspier than normal, a deep and persistent cough was all but gone.

The vaccine summit on Tuesday, which involves top administration officials, scientists and pharmaceutical executives, comes as the country faces a surge of infections from BA.5, a variant that’s an offshoot of the Omicron strain.

Although the current generation of vaccines, plus antiviral drugs, have helped prevent hospitalisations and deaths, there are hopes that new versions could provide more durable protection against disruptive infections.

The president was likely infected by the BA.5 variant, and he tested positive on Thursday. A new note from his doctor, released on Monday, said his symptoms have “almost completely resolved”.

President Biden has been taking the antiviral drug Paxlovid, and he plans to remain isolated in the White House residence.

“He continues to be very specifically conscientious to protect any of the Executive Residence, White House, Secret Service and other staff whose duties require any (albeit socially distanced) proximity to him,” Dr O’Connor wrote.

Biden ‘better every day’ after COVID-19