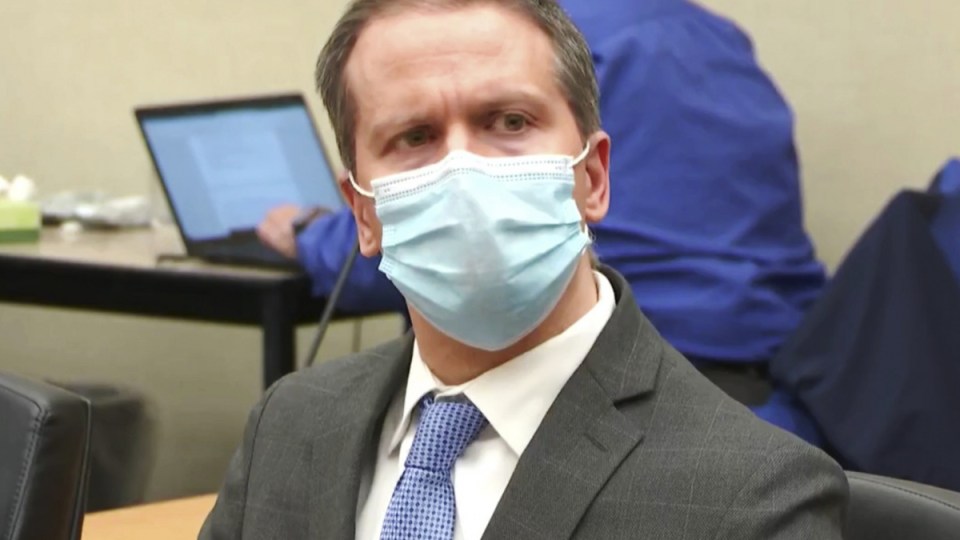 Chauvin, who pleaded guilty to the federal charges in December, is already serving a sentence of 22 and a half years in a Minnesota prison for Mr Floyd’s murder after a trial in state court last year.

Chauvin’s decision to plead guilty averted a second criminal trial for him.

The 46-year-old Chauvin, who is white, admitted he violated Mr Floyd’s right not to face “unreasonable seizure” by kneeling on the handcuffed black man’s neck for more than nine minutes in a murder captured on mobile phone video.

Mr Floyd’s death led to protests in many cities in the US and around the world against police brutality and racism.

People sentenced to prison for felonies in Minnesota are usually released on parole after serving two-thirds of their sentence.

Chauvin’s guilty plea to the civil rights charges came as part of an agreement with prosecutors under which he would be due to face between 20 and 25 years in federal prison.

In that agreement, he admitted for the first time that he was to blame for Floyd’s death.

Mr Floyd could be seen in videos pleading for his life before falling still on the road beneath Chauvin’s knee.

Chauvin was helping three fellow officers to arrest Mr Floyd in May 2020 on suspicion that Mr Floyd had used a fake $US20 banknote when buying cigarettes.

They have not yet been given a sentencing date.

A medical examiner determined that the police restraint stopped Mr Floyd from being able to breathe.