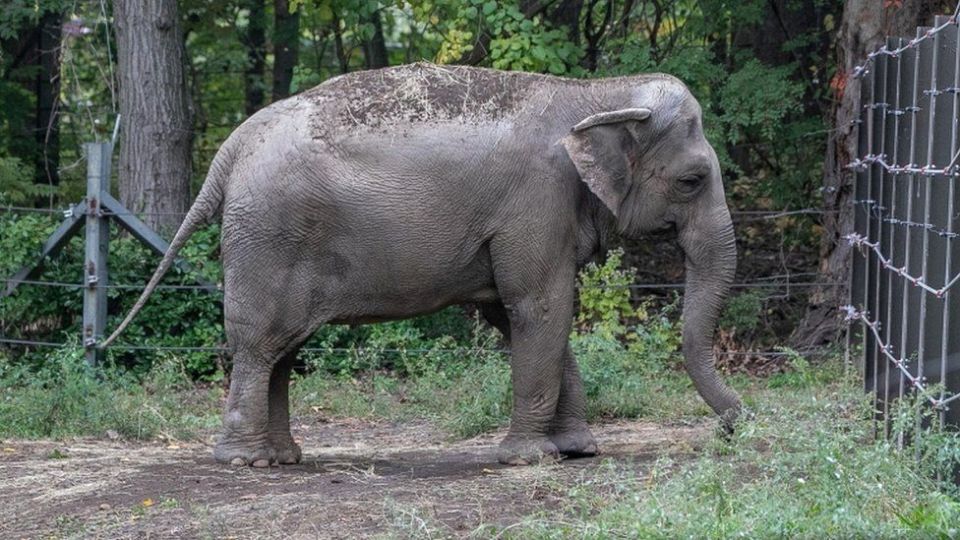 The Court of Appeals has ruled Happy the elephant must remain in her Bronx Zoo enclosure. Photo: Twitter

A year-long legal attempt to get a lonely long-term elephant resident a New York zoo transferred to a more natural environment has failed its bid in the state’s highest court.

A seven-judge Court of Appeals hearing in New York City on Tuesday voted 5-2 to reject animal rights activists’ arguments that Happy the Asian elephant was a human – and therefore entitled to human rights.

The activists had argued Happy was illegally confined and forced to live alone in a small enclosure at the Bronx Zoo.

But, in a dash to hopes of having Happy moved to more comfortable pastures, the court ruled that while elephants are intelligent and deserving of compassion with their emotional complexities, she was not entitled to the same rights as humans.

The case hinged on testing the boundaries of applying human rights to animals, and whether the cornerstone legal principle of habeas corpus – with protects a person against illegal detention – can be extended to other species.

Happy, a 51-year-old Asian elephant born in Thailand in the 1970s, was captured and transported to the US at the age of one. She has lived in a 4000-square-metre enclosure at the Bronx Zoo since 1977.

In 2006, after a young female elephant brought in to be Happy’s companion died, the zoo decided against adding more elephants.

Happy, born to migrate through Asia among a herd of her species, has remained alone in the Bronx Zoo’s “Wild Asia” enclosure since.

“While no one disputes the impressive capabilities of elephants, we reject petitioner’s arguments that it is entitled to seek the remedy of habeas corpus on Happy’s behalf,” New York Court of Appeals Chief Judge Janet DiFiore wrote, in dashing the appeal by animal rights’ activists.

“Habeas corpus is a procedural vehicle intended to secure the liberty rights of human beings who are unlawfully restrained, not nonhuman animals.”

The New York non-profit organisation that brought the case to the court, Nonhuman Rights Project, celebrated the dissenting opinions in a statement on Tuesday, calling them powerful. But it lamented the ruling.

“This is not just a loss for Happy, whose freedom was at stake in this case and who remains imprisoned in a Bronx Zoo exhibit,” it read.

“It’s also a loss for everyone who cares about upholding and strengthening our most cherished values … and ensuring our legal system is free of arbitrary reasoning and that no one is denied basic rights simply because of who they are.”

Judge Rowan D. Wilson said in a lengthy dissent the court had a duty “to recognise Happy’s right to petition for her liberty not just because she is a wild animal who is not meant to be caged and displayed, but because the rights we confer on others define who we are as a society.”

Meanwhile, Judge Jenny Rivera wrote in her dissent of the captivity Happy faced was “inherently unjust and inhumane”.

“It is an affront to a civilised society, and every day she remains a captive – a spectacle for humans – we, too, are diminished,” she said.

The Court of Appeals ruling followed another legal decision in February 2020, which rejected a habeas petition filed on Happy’s behalf.

The judge at the time, Justice Alison Tuitt of Bronx State Supreme Court “regrettably” came to her decision, bound by legal precedent.

“This court agrees that Happy is more than just a legal thing, or property,” she wrote.