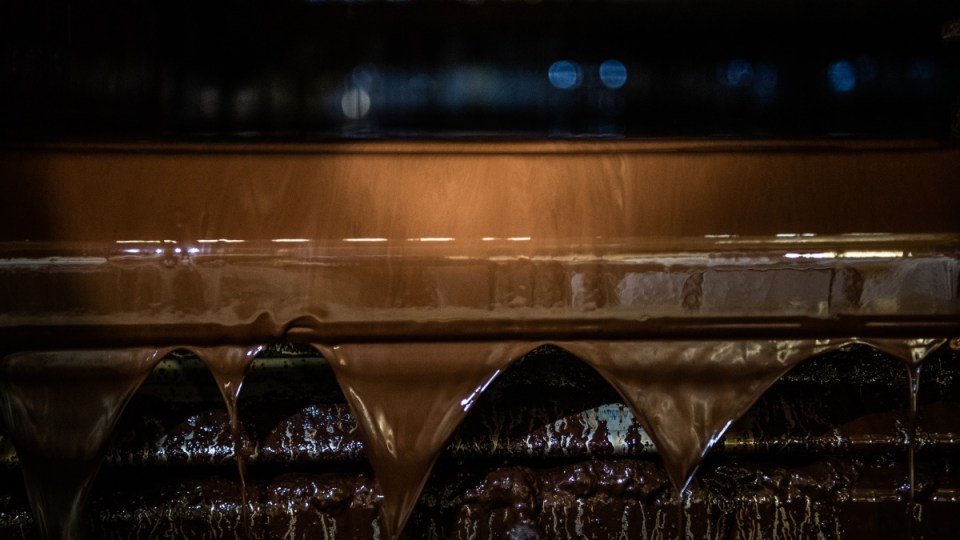 Melted chocolate at the Mars factory in the US, where the workers were stranded this week. Photo: Getty

There was a bizarre emergency at a US food processing plant this week, when two workers fell into a tank of chocolate.

In scenes reminiscent of Charlie and the Chocolate Factory, the unlucky duo were stranded after landing waist-deep in the tank at a Mars plant in Pennsylvania.

The chocolate-coated pair were uninjured, but couldn’t get out of the tank on their own, Lancaster County emergency services said.

More than two dozen emergency personnel were dispatched to the scene shortly before 2pm on Thursday (local time).

According to local reports, while the workers were “not floating around” in a vat of chocolate, officers had trouble getting them out. In the end, rescuers cut a hole in the bottom of the tank

A spokesperson for Mars confirmed the rescue on Thursday.

“We can confirm both people have been taken offsite for further evaluation. We’re extremely grateful for the quick work of first responders,” they said.

Both employees were taken to a local hospital, one via helicopter, police said. There has been no update on their condition.

Mars produces some of the world’s favourite treats at its factories, including M&M’s, Snickers and Skittles candies. It’s unclear what brand was connected to Thursday’s unfortunate incident.

Workers rescued after tumbling into vat of chocolate