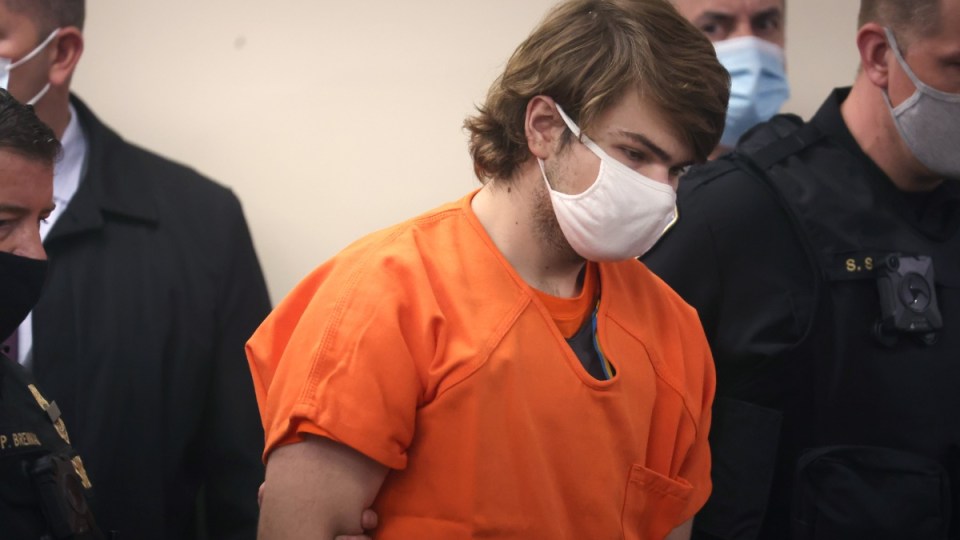 Payton Gendron has been charged with a count of first-degree murder in the shooting of 13 people. Photo: Getty

Tyler Clifford contributor
8:45am, May 20

A New York grand jury has indicted the 18-year-old white man accused of killing 10 people in a live-streamed shooting at a supermarket in an African-American neighbourhood in Buffalo, prosecutors say.

He will remain in custody without bond.

Erie County District Attorney John Flynn said the grand jury had not yet completed an investigation into whether prosecutors had enough evidence to bring Gendron to trial on more charges.

Gendron faces a single charge of first-degree murder in the shooting of 13 people at a Tops Friendly Markets supermarket last Saturday.

He faces life in prison without parole if convicted.

Mr Flynn said in a statement he would have no further comment on the case until the grand jury was done.

It was Gendron’s second court appearance since his arrest outside the supermarket, where authorities said he had opened fire with a semi-automatic, assault-style rifle.

He was escorted into the courtroom dressed in orange prison garb and with a white medical mask over his face.

His hands were shackled and his head slightly bowed.

With relatives of some of the victims watching, someone in the courtroom gallery shouted, “Hey, you’re a coward!”.

The rampage, which authorities said the gunman had carefully planned with an eye toward killing as many African-American people as he could, has touched a nerve in a country that has grown accustomed to mass shootings.

With the gunman livestreaming the attack and drawing inspiration from racist screeds from previous killers found online, it has revived a debate about guns, domestic terrorism, hate and the internet’s role in spreading it.

In the days since last weekend’s shooting, more details have emerged about what happened inside the store.

An emergency dispatcher has been sent on administrative leave after officials determined her handling of a phone call from a worker inside the store during the shooting was “completely unacceptable”, Erie County Executive Mark Poloncarz said on Wednesday.

Latisha Rogers, an assistant office manager at the supermarket, told TV station WGRZ in Buffalo that she called emergency and began whispering to the dispatcher.

The dispatcher responded with a “very nasty tone”, telling her she could not hear her.

“Out of nervousness, my phone fell out of my hand, she said something I couldn’t make out, and then the phone hung up,” Ms Rogers said.

The FBI said it was investigating the shooting as a hate crime and an act of “racially motivated violent extremism.”

Authorities have pointed to a white supremacist diatribe he is suspected of posting online before the shooting.

Suspect in US race-hate shooting appears in court