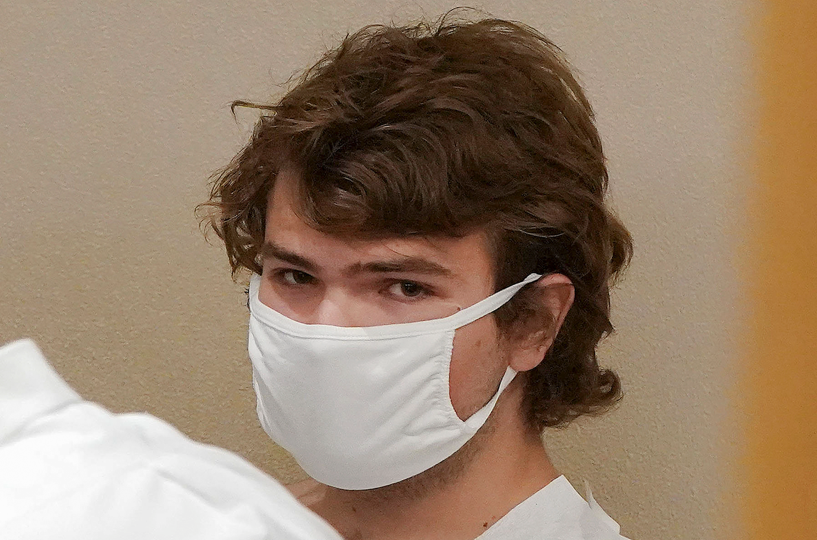 A gunman dressed in combat fatigues and body armour has opened fire in a crowded Buffalo supermarket, leaving 10 people dead and three wounded in what authorities have identified as a racially motivated attack.

Police in Buffalo, an industrial hub in upstate New York near the Canadian border, took the 18-year-old shooter into custody after tackling him as appeared to be preparing to take his own life.

The 18-year-old gunman, identified as Payton Gendron, shot and killed his 10 victims at a grocery store in a black neighbourhood of Buffalo, New York, before being taken into custody.

Authorities branded it an act of “racially motivated violent extremism”. Eleven of the 13 people struck by gunfire were black, officials said. The two others were white.

The suspect, who was armed with an assault-style rifle and appeared to have acted alone, drove to Buffalo from his home several hours away to launch a Saturday afternoon attack that he broadcast in real time on social media platform Twitch, police said.

Capital punishment not an option

Court papers listed Gendron’s address as the town of Conklin, located near the Pennsylvania border.

He was arraigned hours after the shooting in court on first-degree murder charges, which carry a maximum penalty of life in prison without parole, Erie County District Attorney John Flynn said.

New York has no capital punishment.

Flynn said the judge also ordered Gendron to remain in custody without bail and to undergo a “forensic examination”.

Gendron was scheduled to return to court on May 19.

Authorities said the teenager, reported by local media to have been a student at the State University of New York’s Broome Community College near Binghamton, had come close to taking his own life before he was arrested.

When confronted by officers at the store, the suspect held a gun to his own neck, but they talked him into dropping the weapon and surrendering, Buffalo police commissioner Joseph Gramaglia told a news briefing.

Gramaglia said the gunman shot and killed three people in the parking lot of the Tops Friendly Markets outlet before exchanging fire with a retired police officer working as a security guard for the store, but the suspect was protected by his body armour.

The guard was one of the 10 fatalities, the nine others all being customers. Three other employees of the store, part of a regional chain, were wounded but are expected to survive, authorities said.

Shonnell Harris, a manager at Tops, told the Buffalo News she thought she heard as many as 70 gunshots and that she fell several times while running through the store to a rear exit.

Retired firefighter Katherine Crofton, who lives nearby, said she witnessed the start of the bloodshed from her porch.

“I saw him shoot this woman,” Crofton told the paper.

“She was just going into the store. And then he shot another woman. She was putting groceries into her car. I got down because I did not know if he was going to shoot me.”

Stephen Belongia, the FBI special agent in charge of the bureau’s Buffalo field office, said the attack would be investigated both as a hate crime and as an act of “racially motivated violent extremism” under federal law.

“This person was pure evil,” Erie County Sheriff John Garcia said at a news conference, his voice quaking with emotion.

“It was a straight-up racially motivated hate crime from somebody outside of our community.”