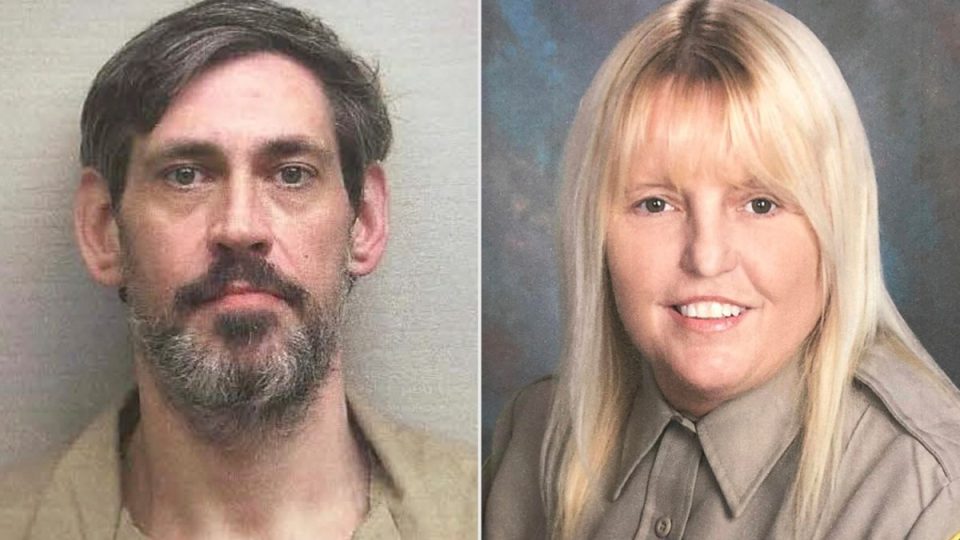 Authorities caught up with Casey White and Vicky White more than a week after the breakout. Photo: Twitter

A murder suspect and the jailer who helped him escape from an Alabama lockup were carrying $US29,000 ($42,000) in cash, four handguns and an AR-15 rifle and were prepared for a shootout when they were captured, an Indiana sheriff says.

Authorities caught up with the pair on Monday, more than a week after the breakout and nearly 500 kilometres away, and rammed their car into a ditch after a brief chase.

Escaped inmate Casey White, 38, surrendered, while jail official Vicky White, 56, was found with a gunshot wound to the head and was pronounced dead at a hospital.

Authorities believed she shot herself but a coroner would make the determination, Vanderburgh County Sheriff Dave Wedding said on Tuesday.

The end of the manhunt left authorities trying to piece together what happened during the 11 days after Vicky White escorted Casey White from a Florence, Alabama, jail for what she falsely claimed was a mental health evaluation.

The inmate and Vicky White appeared to have had a “jailhouse romance”, Alabama authorities said. They were not related.

Casey White was serving a 75-year prison sentence for attempted murder and other offences and was awaiting trial on charges of stabbing a woman to death during a 2015 burglary.

Investigators believe the pair spent about six days holed up at a motel in Evansville. Authorities discovered wigs intended to hide their identities.

Authorities closed in on them after the manager of a car wash reported that a man closely resembling Casey White had been recorded by a surveillance camera getting out of a pick-up truck.

Investigators said they found the pick-up, then learned the pair may have switched to a Cadillac, which was then spotted outside a motel nearby. Police chased them down when the couple left the motel.

Casey White later told investigators “he was probably going to have a shootout at the stake of both of them losing their lives”, the sheriff said.

The inmate appeared by video on Tuesday in an Indiana courtroom. Authorities said he would be sent back to Alabama.

Vicky White, assistant director of corrections at the Lauderdale County jail, had put in for retirement before the escape, and the day of the breakout, April 29, was her last day of work.

She was charged with permitting or facilitating escape. Authorities said the plan appeared to have been in the works for some time.

How the rest of the world has followed Australia’s election campaign
Escaped US inmate captured, ex-prison officer dies
Today's Stories

US inmate, jailer ‘prepared for shootout’