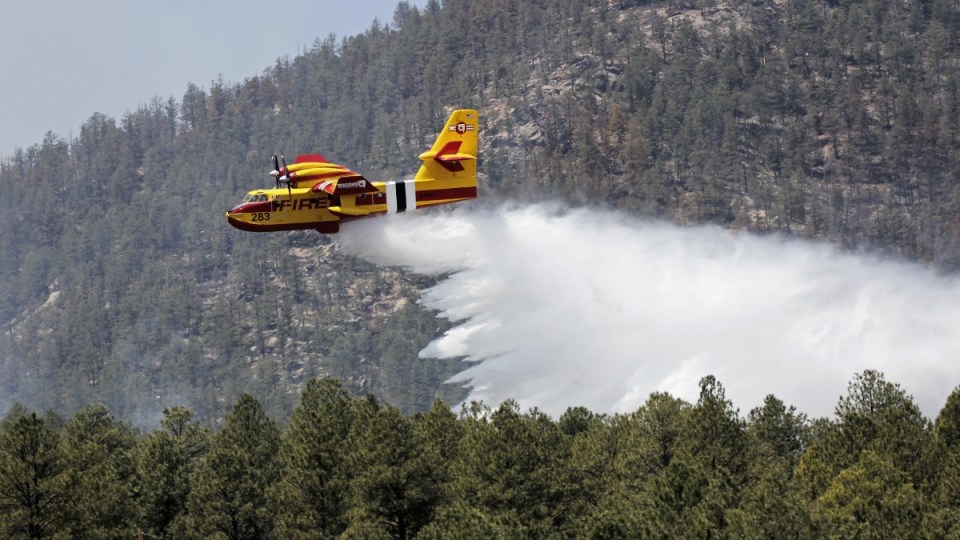 Officials urged residents to be ready to flee the fire that has destroyed hundreds of structures and forced upwards of 10,000 people to leave. Photo: AAP

A drought-driven wildfire has destroyed 166 homes in northern New Mexico and is threatening hundreds more as fierce winds fan flames towards mountain villages.

Thousands of residents were on standby to leave amid fears a Friday windstorm would push the blaze into communities in the Mora Valley, about 60 kilometres northeast of Santa Fe.

“Tomorrow has the potential to be another very destructive day,” incident commander Carl Schwope said.

The blaze is the largest and most destructive of a dozen wildfires that are burning in the US southwest.

Scientists say the fires are more widespread and have started earlier this year due to climate change.

Officials urged residents to be ready to flee the fire that has destroyed hundreds of structures and forced upwards of 10,000 people to leave but has yet to claim any lives.

A 25-year drought has dried logs and branches to eight per cent humidity, less than timber used for home construction, turning forested mountains and valleys into a potential tinderbox.

Friday will be a test of whether fire breaks dug with bulldozers and by hand can contain a blaze that has burned more than 260 square kilometres, making it among the 15 largest in New Mexico history.