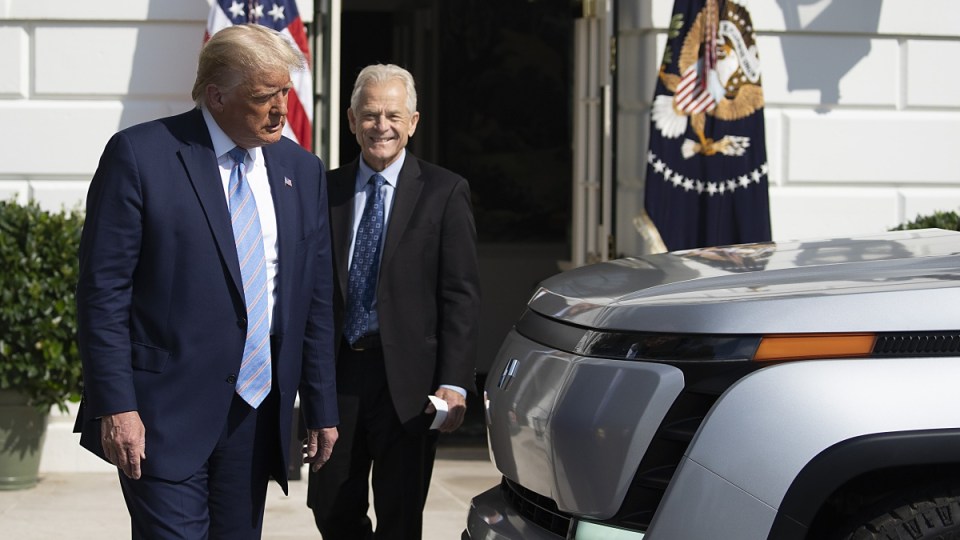 The US House of Representatives has recommended contempt of Congress charges for Peter Navarro and Daniel Scavino, former aides to Donald Trump, for failing to cooperate with a House probe into the attack on the US Capitol.

Mr Navarro, who was a top trade adviser to the Republican former president, and Mr Scavino, who was a deputy chief of staff, did not comply with subpoenas to appear before the House Select Committee probing the January 6, 2021, attack.

The Democratic-controlled House on Wednesday backed the charges against the two men by a vote of 220-203, which refers the matter to the Department of Justice for a decision on whether to press criminal charges.

The nine-member Select Committee had voted unanimously in favour of the contempt charges last week.

Mr Scavino and Mr Navarro have argued that their communications are protected by executive privilege, although many legal experts have said that principle does not apply to former presidents. President Joe Biden’s administration has denied executive privilege to the former Trump aides.

The two men have not responded to requests for comment on the matter.

Republicans lined up to object before the vote, accusing Democrats of waging a political war.

“Democrats are using the power of the federal government to jail their political opponents,” House Republican leader Kevin McCarthy said.

Supporters of the charge said the two former aides have a legal and moral obligation to comply with subpoenas.

“In America, no one is above the law. Neither Mr Trump nor Mr Scavino nor Mr Navarro is some form of royalty,” Cheney said before the vote.

Representative Bennie Thompson, the Democratic chairman of the Select Committee, questioned the two men’s insistence that their communications with Mr Trump were protected by noting that Mr Trump’s daughter Ivanka had agreed to be interviewed by the committee.

Ivanka Trump, who was a senior adviser to Mr Trump when he was president, along with her husband, Jared Kushner, was interviewed by the panel for about eight hours on Tuesday. Mr Kushner spoke to the panel on March 31.

Mr Navarro and Mr Scavino are the third and fourth associates of the former Republican president to face a House contempt vote.

Some 800 people, including many White House aides, have been interviewed in the committee’s investigation, as the panel prepares for public hearings expected in May.

The House backed contempt of Congress charges last year for Steve Bannon, a Trump adviser. He was charged in a case set to go to trial in July.

The chamber also voted in December in favour of a contempt charge for Mark Meadows, a former House member who became Mr Trump’s chief of staff. There has been no word from the Justice Department on whether charges will be filed.

The Democratic-led Select Committee has been investigating events leading to the assault on the seat of the US government by thousands of Trump supporters on January 6, 2021, when Vice President Mike Pence and lawmakers gathered to certify Democrat Biden’s victory in the November 2020 presidential election.

After Mr Trump repeated his false claims at a raucous rally that his defeat was the result of fraud, mobs rampaged through the Capitol, injuring police officers and sending Mr Pence, lawmakers, staff and journalists fleeing for safety.

Four people died on the day of the attack, and one Capitol Police officer who fought with rioters died the next day.

Four officers have since taken their own lives.

After 19 seasons, Ellen DeGeneres’ daytime show has come to an end
Arrest made in deadly Sacramento shooting
Today's Stories