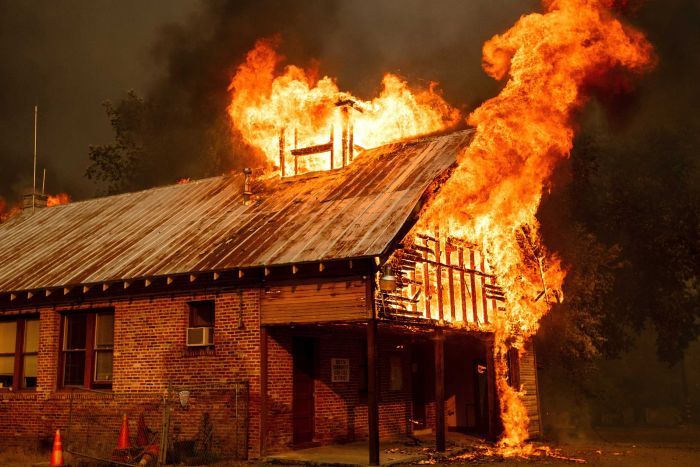 Hard hit by a raging inferno in 2021, the country around Boulder is in flames all over again.Photo: AAP

Authorities have issued an evacuation order for 19,400 people near a fast-moving Colorado wildfire in rolling hills south of the college town of Boulder, not far from the site of a destructive 2021 blaze that levelled more than 1000 homes.

The wildfire was fuelled by wind earlier on Saturday and had grown to 50 hectares with no containment, Boulder Fire-Rescue spokesperson Marya Washburn said.

The Boulder Office of Emergency Management said an overnight shelter was opened after evacuation orders covered 8000 homes and 7000 structures. No structures had been damaged.

While winds and temperatures have died down officials expect to be dealing with the fire for several days due to heavy fuels.

The fire is in an area where a blaze destroyed 1000 homes last year in unincorporated Boulder County and suburban Superior and Louisville.

Saturday’s fire started about 2pm and burned through protected wildland near the National Center for Atmospheric Research, Boulder police said.

Authorities have called it the NCAR fire and its cause is not yet known.