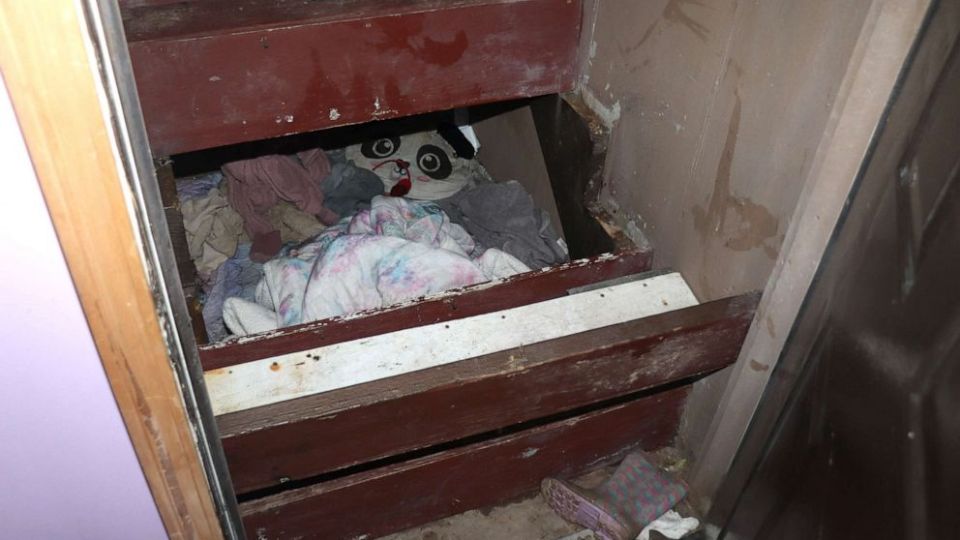 A four-year-old girl missing since 2019 was found alive, hidden under a staircase in New York. Photo: Twitter/Saugerties Police Department

A four-year-old girl who went missing in July 2019 has been found alive by police, hidden underneath a staircase in a New York home.

Paislee Shultis, now six, was found in a “small, cold and wet” room under the stairs at a house in Saugerties, in the Hudson River Valley on Tuesday, after an hour-long search.

She was found in a secret compartment at her “non-custodial parents” home.

Kimberly Cooper, 33, and Kirk Shultis jnr, 32, have been arrested and charged with custodial interference and endangering the welfare of a child.

Saugerties Police said Paislee was in good health and had been reunited with her older sister. She is in the custody of her legal guardian.

The little girl was only found after an officer noted something odd about the basement staircase in the house, a little more than an hour into the search.

Police noticed the stairs were strangely built, and that light from their torches shone through a crack in the boards. A pile of blankets was reportedly seen through the gaps.

Once the boards were removed, police found the child and her non-custodial mother, Ms Cooper, in what they described as a small makeshift room under the stairs leading to the basement.

“Detectives used a … tool to remove several of the wooden steps, and that is when detectives saw a pair of tiny feet,” police said in a statement.

“After removing several more steps, the child and her abductor were discovered within. The space was small, cold, and wet.”

Paislee was reported missing from Cayuga Heights, 259 kilometres from Saugerties, in July 2019. Authorities believed she was taken by her non-custodial parents.

Saugerties Police said they had searched the house several times in the past two years, with the owner, Mr Shultis’ 57-year-old father, denying any knowledge of Paislee’s location.

ABC News in the US reports Mr Shultis jnr falsely claimed to police he had not seen the girl since 2019 and reported Mr Cooper fled with her to Pennslyvania.

Mr Shultis snr was also charged with first-degree custodial interference and endangering the welfare of a child. When police arrived to search the home, he denied having Paislee since she vanished in 2019.