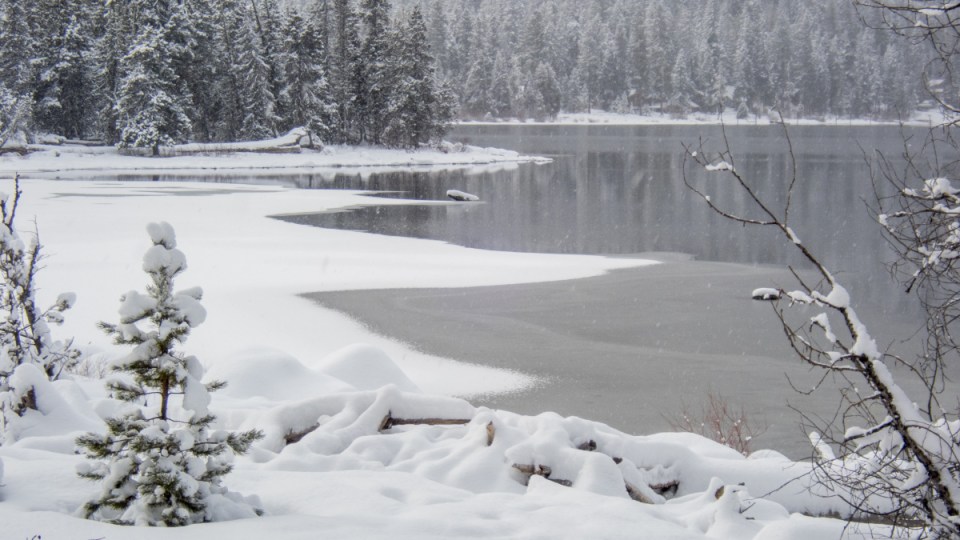 A woman floating on an air mattress on an Oklahoma lake was rescued by train operators. Photo: Getty

A woman has been rescued after spending two days floating alone on an air mattress in the middle of a freezing lake in the US.

The lucky rescue came after the woman and her fiance got into trouble when they tried to use air mattresses as makeshift boats on February 1.

The pair were trying to reach a vessel that held their personnel belongings on Lake Texoma in Oklahoma.

The 360-square-kilometre reservoir, Lake Texoma, which is on the border of Oklahoma and Texas, is one of the largest in the US.

But instead of reaching the vessel, the pair drifted.

Eventually, the man jumped off the mattress and swam through the frigid water to the shore. A day later, he knocked on the door of a nearby house.

“A man showed up at a house near Lake Texoma on Thursday, wet and freezing and reported his significant other missing,” Oklahoma Highway Patrol told People magazine this week.

“He said she was using an air mattress to float out to a boat on the lake and got swept away the day before.”

By then the woman, whose name has been given only as Connie, had drifted about 3.5 kilometres. She eventually made it to land, where she was spotted by passing rail operators lying on rocks at the edge of the water.

Oklahoma Highway Patrol said Burlington Northern and Santa Fe Railway workers called for emergency assistance after seeing Connie on the far side of the lake.

She was lying on the ground, waving one arm and yelling for help from underneath the air mattress, local media reports. It was snowing and the temperature was below freezing at the time.

“She was wet, confused and had no recollection of time,” Mr Sosa told CNN.

“She was either In the early stages of hypothermia or she already had it.”

The pair took Connie aboard their train and transported her to the next crossing. She was then taken to hospital where, according to The New York Post, she showed signs of hypothermia, had cuts and bleeding to her hands and was unable to walk.

“It was just kinda unexpected, you know, with the weather we were having, we were the only train out there at the time … and I’m glad we could be there when we were,” Mr Luster told KRMG.