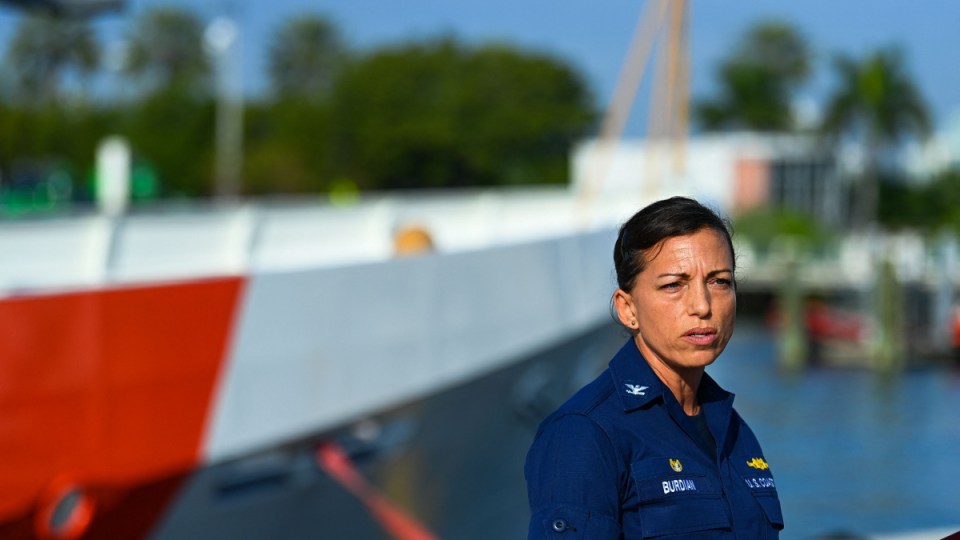 The US Coast Guard has found four more bodies off Florida’s Atlantic Coast from a boat that capsized at the weekend during what officials believe was an attempt to smuggle migrants into the US.

The Coast Guard said it would suspend its search operations by sunset on Thursday (local time) unless new information emerged before then.

The four additional bodies found in the past 24 hours makes for a total of five recovered out of 39 people reported missing, Coast Guard Commander Jo-Ann Burdian said in Miami.

Rescue crews have been looking for survivors since the boat overturned in rough seas on Sunday morning after it left the Bahamas’ Bimini islands, about 80 kilometres east of Miami, on Saturday night.

The vessel capsized about 70 kilometres east of Fort Pierce Inlet, off Florida’s Atlantic coast, about midway between Miami and Cape Canaveral.

Rescue crews earlier recovered the body of one person, the Coast Guard said on Wednesday.

The lone survivor was spotted on Tuesday morning by crew members of a private tugboat. The survivor told authorities after his rescue he was one of 40 people aboard the boat and nobody aboard had been wearing life jackets, the Coast Guard said.

Coast Guard and US Homeland Security officials have said it was a human smuggling attempt.

Anthony Salisbury, the agent in charge of the Homeland Security office in Miami, said on Thursday the office had launched an investigation to prosecute anyone who organised or profited from the venture.

He said he would not comment on the nationalities of the people aboard the boat as it was part of the investigation.

In a separate incident, the Coast Guard reported intercepting a sailing vessel off the Bahamas on Wednesday overloaded with 191 Haitian migrants believed to be headed for Florida.

The two incidents underscored a surge in migrants seeking passage to Florida in flimsy vessels through the Caribbean by way of the Bahamas, a known hub for seaborne human smuggling.