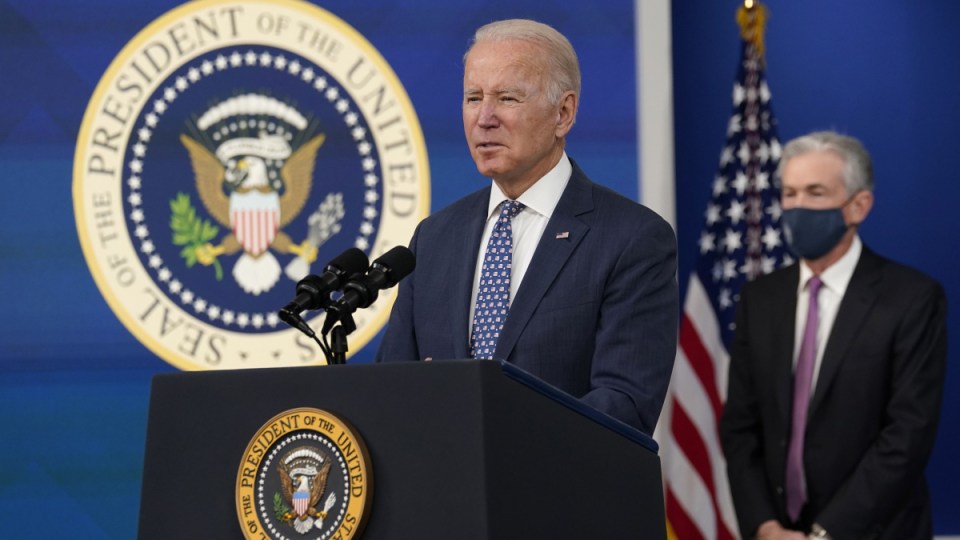 The White House says Joe Biden will run again in 2024 to seek his second term as US president. Photo: AAP

Mr Biden, 79, has suffered a dip in his job approval ratings in recent months, leading some Democrats to wonder whether he might not seek another four-year term.

“He is. That’s his intention,” Ms Psaki said on Monday as Biden flew aboard Air Force One for a Thanksgiving event with US troops in Fort Bragg, North Carolina.

Democrats were rattled by Republican victories in Virginia’s state elections earlier this month and a narrow Democratic victory in New Jersey.

Questions have arisen about the viability of Vice President Kamala Harris in 2024 should Mr Biden decide not to run again.

A recent USA TODAY/Suffolk University poll found her with a 28 per cent job approval rating.

Mr Biden underwent his first physical examination on Friday since taking office in January and doctors found he has a stiffened gait and attributed frequent bouts of coughing to acid reflux. Doctors said he was fit to serve.

Mr Biden’s political prospects appeared to have been buoyed last week by congressional passage of a $US1 trillion ($1.4 trillion) infrastructure plan.

Still being debated is another $US2 trillion ($2.8 trillion) in spending on a social safety net package.