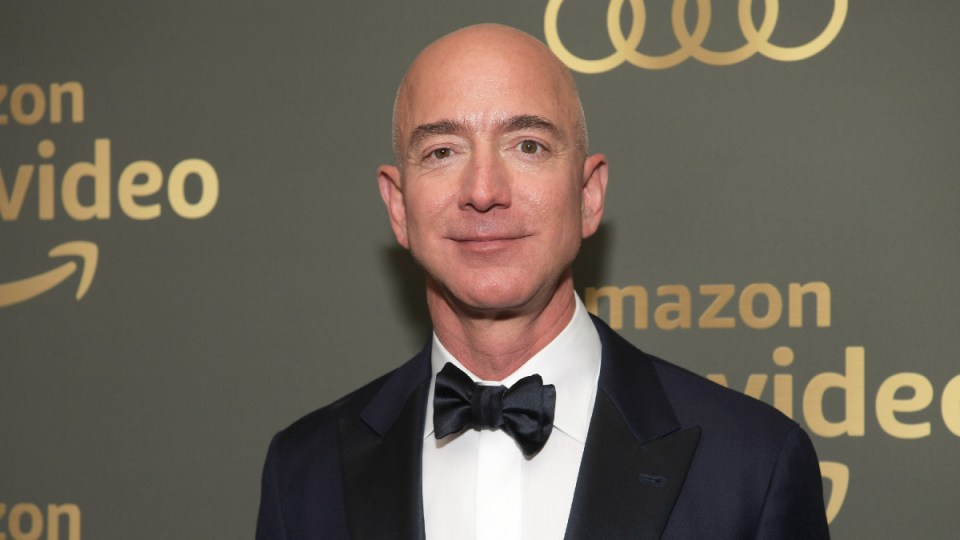 Amazon founder Jeff Bezos has donated more than a quarter of a billion dollars to US charities. Photo: Getty

Former US president Barack Obama’s foundation has received a $US100 million ($A138 million) donation from Amazon founder Jeff Bezos, which it says is the largest individual contribution it has received.

Separately on Monday, NYU Langone Health, a medical centre affiliated with New York University, said it had received a $US166 million ($A230 million) gift from Mr Bezos and his family.

For its part, the Obama foundation said in a statement that the gift from Mr Bezos was intended “to help expand the scope of programming that reaches emerging leaders” in the US and around the world.

The donation, it said, was also given in honour of John Lewis, the congressman and civil rights icon who died last year.

As part of the gift, the foundation said Mr Bezos has asked for the plaza at the Obama Presidential Centre, under construction in Chicago’s South Side, to be named after Mr Lewis.

Valerie Jarrett, a former senior adviser to Mr Obama who is the foundation’s CEO, said in a statement that the foundation was “thrilled” by that idea.

Construction on Mr Obama’s legacy project is expected to cost about $US830 million ($A1.1 billion) and to be completed by 2025.

In the meantime, the foundation said it was giving donors the opportunity to “honour the names of those who have fought for a more just and equitable world” by naming public spaces in the future presidential centre.

“Freedom fighters deserve a special place in the pantheon of heroes, and I can’t think of a more fitting person to honour with this gift than John Lewis, a great American leader and a man of extraordinary decency and courage,” Mr Bezos said in the statement released by the foundation.

“I’m thrilled to support president and Mrs Obama and their foundation in its mission to train and inspire tomorrow’s leaders.”

Since stepping down as CEO of Amazon this year, Mr Bezos has begun to focus more of his attention on philanthropy.

NYU Langone said in a statement its donation would be used to aid “the health and wellness of diverse populations” across NYU Langone Hospital-Brooklyn community, one of the school’s teaching hospitals and trauma centres in Brooklyn.

Last year, Mr Bezos committed to spend $US10 billion ($A14 billion) by 2030 to enhance climate change efforts through his Bezos Earth Fund.

In recent months, he has released some details of how he plans to spend that money.

Mr Bezos, whose personal wealth is estimated by Forbes at roughly $US212 billion ($A293 billion), had long been questioned about the relatively modest level of his charitable giving and reluctance to sign The Giving Pledge.

The pledge, developed by Bill Gates and Warren Buffett, is intended to persuade the world’s wealthiest to donate more than half their worth to philanthropic organisations.

MacKenzie Scott, Mr Bezos’ former wife, whose fortune is estimated at $US61 billion ($A84 billion), has signed the pledge.

Ms Scott has made a splash in the philanthropy world in the past 17 months by donating $US8.7 billion ($A12 billion) – without any strings attached – to numerous nonprofits across the US.