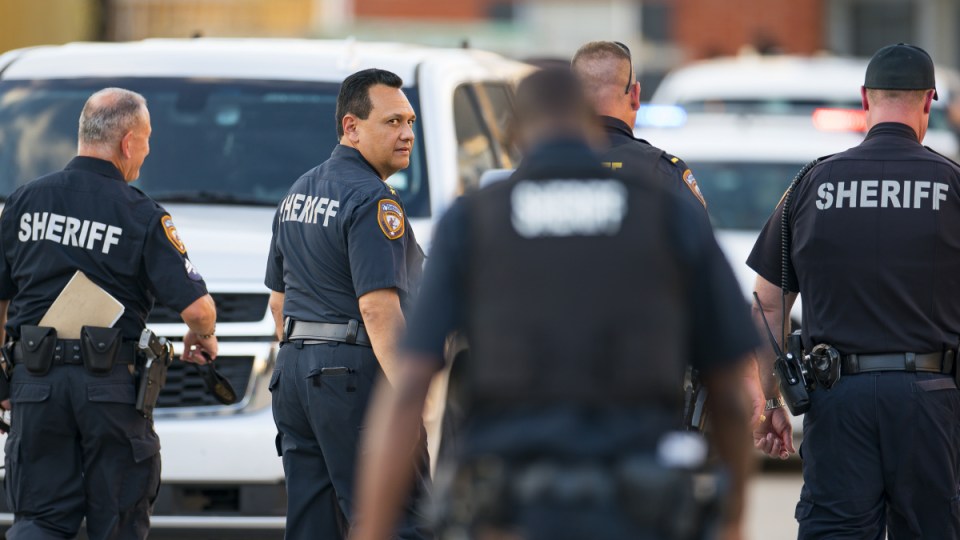 Harris County police confirmed the skeletal remains of a young boy were found in the home. Photo: AAP

Three abandoned children and remains of a nine-year-old boy have been discovered in a home in Houston, Texas.

The horrifying discovery came after Texas authorities responded to a call from a 15-year-old boy on Sunday saying his young brother had been dead for a year and that his body was still in the apartment.

The teenager and two more boys under the age of 10 were found living in the home.

“I have been in this business a long time, and never saw anything like this,” he said on Monday (US time).

Both of the younger children “appeared malnourished and showed signs of physical injury.”

All three children were taken to local medical facilities but their conditions have not been made clear.

The “skeletal remains of a small child” were also found. Authorities believe the parents of the children abandoned the apartment several months ago.

“[We’re] connecting all the dots at this point, it appears [the kids] were in there while the body was deteriorating,” Mr Gonzalez said.

Homicide investigations along with child protective services and child abuse investigators are on the scene.

US reports suggest the 15-year-old had been the caretaker of his two younger siblings since the parents left.

Texas police tracked down the children’s mother and her boyfriend on Monday. Sheriff Gonzalez said the pair were interviewed and released later that day.

No further information was available on Tuesday.

Sheriff Gonzalez tweeted on Tuesday that the investigation was still ongoing and that no charges had been filed.