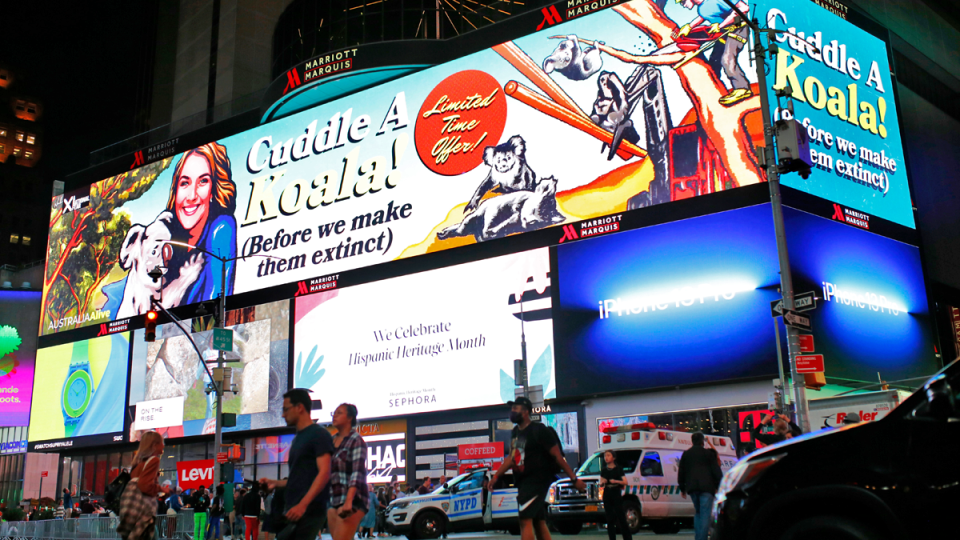 It’s the latest in a series of increasingly large stunts from his crowd-funded climate activism campaign ahead of next month’s COP26 summit in Glasgow.

“This is truly about embarrassing the Australian government on a global stage,” Ilic told The New Daily.

“Times Square seems a pretty good way of doing it.”

The electronic billboard cycled through nine designs, including a burning kangaroo and a climate-themed spoof of Cards Against Humanity.

Our land is girt by sea, our climate policy girt by morons pic.twitter.com/OuCOdmG4dL

A crowd of Australians even gathered at Times Square at 6.40pm local time (Friday morning on the east coast of Australia) to catch the spectacle.

This crowd and countless passers-by began cheering in the street when the billboards went up.

The 10 minutes of shame was enough to generate international attention as pressure continues to mount against the Australian government’s lack of climate action on the world stage.