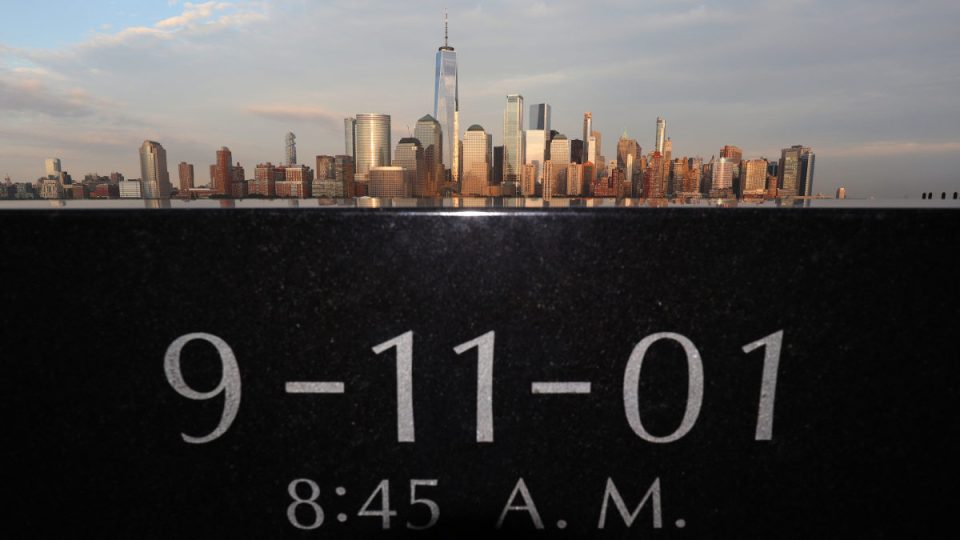 It's been two decades since 9/11 irrevocably changed the world. Photo: Getty

On September 11, 2001,19 al-Qaeda militants hijacked four planes, flying two of them into the twin towers of the World Trade Centre in New York and one into the Pentagon just outside Washington.

A fourth plane crashed in a field in rural Pennsylvania after passengers tackled the hijackers.

Ten Australians were among the 2977 people killed.

As the world marks the 20th anniversary of 9/11, this is how survivors, members of the media who captured the carnage, and prominent Australians in the United States when the hijacked planes hit, remember the fateful day:

Richard Drew is the photographer behind the iconic image known as ‘the falling man’, taken during the September 11, 2001, terrorist attacks on the World Trade Centre.

The man in the picture has never been identified, however it is highly speculated it is Jonathon Briley who worked in the north tower of the World Trade Centre.

“And when these people were falling, I would then put my finger on the trigger of the camera and I’d hold the camera up, and I’d photograph and follow them going down, and then the camera would open and close and take the pictures as they were going down.

“I have, I think, eight or nine frames of this gentleman falling, and the camera just happened to cycle in that time when he was completely vertical. I didn’t see that picture really until I got back to the office and then started looking at my stuff on my laptop. I didn’t see it.”

Margaret Lazaros, a systems analyst for the Empire Blue Cross Blue Shield health fund, was working on the 27th floor of the WTC when the planes hit.

“We got into the stairwell, and it was so quiet. Everybody knew something really bad had happened, and everybody just wanted to get out of there,” Ms Lazaros told interviewer Steven Greenhouse.

“So we all moved over for them. They had so much equipment on them. And it was smoky, and they were sweating already. They were walking up the stairs.

“We asked them, “Where are you going? Where do you have to go?” They said, “Oh, we have to get underneath the fire. But you go.” They had all these ropes and things, and all those guys never got out of there. Never.

“We got to the end of the stairwell and went through the open door. At first we had no idea where we were. I said, ‘This must be some kind of old subbasement, somewhere that’s full of debris.’ It was the lobby we had come into in the morning, but everything had been destroyed.”

Terrorism remains an ever-present threat but key weapons against it are timely intelligence and a free and tolerant society, according to former prime minister John Howard.

Mr Howard doesn’t believe al-Qaeda has the capacity for such an attack these days, but says there is the prospect of a similar organisation “regenerating” now the US and partners have pulled out of Afghanistan.

“Terrorism has never gone. It is an ever-present threat,” he told a forum this week.

“The best weapon we have against terrorism is timely intelligence.”

The former prime minister was in Washington on the day of the attacks.

He recalled the greatest fear was that it would be a series of attacks stretching across the world, including Sydney.

Having been ushered to a bunker beneath the Australian Embassy, the next major decision was how to respond.

“I certainly have no regrets about committing our forces to help the United States get rid of al-Qaeda – it was the right thing to do and it had overwhelming support in Australia.”

“I was the Australian Consul General in New York on September 11 2001.

“Jill and I had arrived in New York City three weeks before that fateful day. The world had just celebrated Lleyton Hewitt winning the US Open, Prime Minister Howard was in Washington DC and I had just visited the Twin Towers to check on security for a possible Prime Ministerial visit .

“I came into the Consulate relatively early on the 11th of September to be told that there had been an accident downtown and that I should come around to an office that looked right down Lexington Avenue onto the Twin Towers.

“It was then that I saw the second plane crash into the second tower. That’s when fighter jets started to buzz the city, crowds started walking uptown covered with white ash and Aussies started to ring and appear at the Consulate.

Jill immediately asked Aussie mums and their new bubs to gather at our apartment for comfort.

“The Consulate then went into overdrive under the direction of our disaster team and Ambassador John Dauth. Our job was to help identify victims and to locate Aussies and their families who needed help and comfort.

“That tragic day in the Consulate with the loss of 10 Aussies amongst many other innocent victims of all nationalities was etched into my pyche forever.”

“We were living in Sydney and I was editing Who Weekly at the time.

“Our New York-based photo editor, Tegan Sadlier, rang in the early hours of Wednesday morning to say the planes had flown into the towers. I went from a deep sleep to wide awake in seconds. She was working out of the Time-Life building in Manhattan which was full of people trying to make sense of the story. So we were well placed in that regard – some of the world’s finest journalists and photographers would already be filing from the scene.

“But we had one major problem: we weren’t supposed to publish that week because we’d done a special issue the week before and that was to stay on newsstands for a fortnight.

“So here was this incredible story but we didn’t have a magazine!

“Around 2am I rang our publisher, Karim Temsamani, who, thankfully, agreed straight away that we had to throw out the usual publishing cycle and get a magazine on newsstands ASAP.

“We aimed for Friday, which gave us 48 hours to pull it together, so I then started calling key staff and told them we should meet in our Sydney office at 7 am. By that stage the enormity of the story was fully formed and we had no doubt we’d made the right call. But, boy it was going to take a special effort, even with the resources of People Magazine in America behind us.

“In the midst of all the mayhem I’d forgotten to contact the printer and secure a slot. Thankfully, they fitted us in. Within 48 hours we’d pulled the special issue together and it was on newsstands by Friday morning. We were 72 hours ahead of all other magazines and it sold out within hours.

“The cover hangs on my wall at home. It’s a haunting image of the day taken from an angle rarely seen. That edition was cited in our win in that year’s Magazine of the Year Awards.”

When Lleyton Hewitt touched down in Sydney on September 11, 2001 after winning the US Open at Flushing Meadows in New York against the legendary Pete Sampras, he had no idea two hijacked planes had just crashed into the World Trade Centre towers.

“Looking back on it, we were on the flight from LA to Sydney and, at one stage mid-flight, there were two or three air hostesses sitting in the galley and they were actually crying.

“I didn’t think anything of it at the time but when we landed the pilot tried to explain as best he could what had happened while we were mid-air on that flight.

“It was a surreal moment.”

Speaking to Todd Woodbridge in a Tennis Australia podcast on August 27, Hewitt, then 21, recalled “there were bigger things going on in the world” than celebrating his historic win.

And in a sliding-doors moment, Hewitt, now 40, had been scheduled to parade his maiden grand-slam trophy to photographers at the World Trade Centre twin towers before boarding his flight home.

“We were just in New York and to think that the whole city had changed while we were on that flight, and when we landed in Australia on the other side of the world it was completely different.”

Western Bulldogs legend Luke Darcy was celebrating with five other players in New York City that September as part of the traditional overseas end-of-year footy trip.

All was going so well, they were having the time of their lives. After watching Lleyton Hewitt win a grand slam at Arthur Ashe Stadium, they were invited to the champion’s after-party where they celebrated for hours.

“The US Open happens that night and then the next day tragically is September 11.

“So we had a huge night, we were on our way down to the World Trade Centre … a bizarre story, I don’t think it’s ever been told. So the building has obviously collapsed and we’re standing two blocks away.

“There’s six of us, teammates, and we all walked up to the Upper East Side where my brother was staying … we hadn’t spoken to each other.

“We were in total shock, obviously, at what we’d seen, and Tony Liberatore [Bulldogs teammate] was standing there and it might have been Craig Ellis as well.

“After that two and a half hours of not speaking to each other because we were just walking back, we hear these girls screaming. ‘What another plane has hit another building?’ But, Michael Jackson walks out of the Waldorf Astoria [hotel], literally three feet from where I am standing and Tony Liberatore casually says, ‘Hi, Michael’.

“And I am thinking I’ve just seen the two biggest buildings in America collapse and Tony Liberatore is having a conversation with Michael Jackson.

“I will never live a stranger day in my life.”

‘The day that shook the world’: September 11 remembered 20 years on