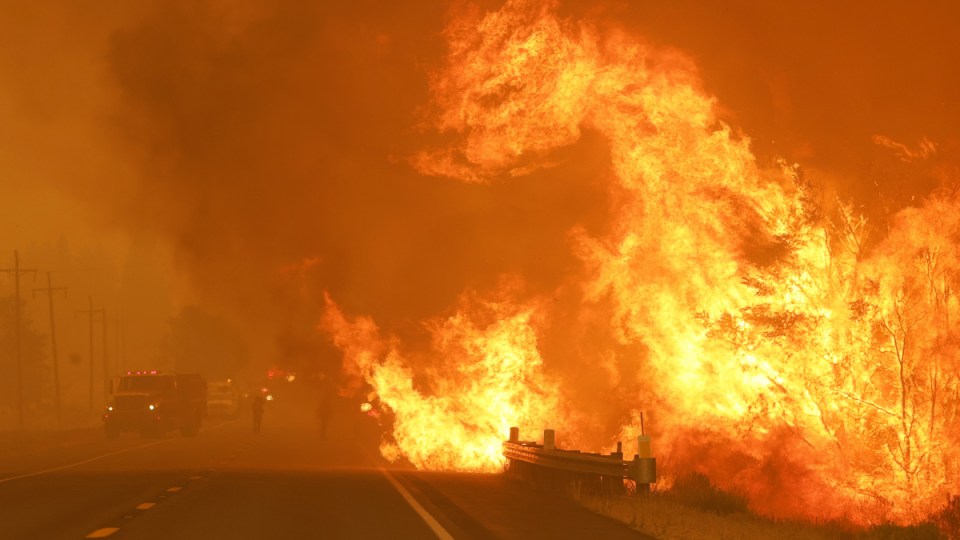 Firefighters have faced dangerously windy weather as they struggled to keep the US’s largest wildfire from advancing toward a northern California city while a portrait of devastation emerged in a small mountain community hit by another inferno.

Winds spawned by the arrival of a new weather system on Monday afternoon pushed the Dixie Fire to within about 13 kilometres of Susanville, population about 18,000, while to the south-east a small blaze called the Caldor Fire exploded through through Grizzly Flats, a town of about 1200.

Very few properties were left standing in Grizzly Flats. Houses were reduced to smouldering ash and twisted metal. A post office and school were also destroyed.

Two people with serious or severe injuries were flown to hospital.

At the Dixie Fire, numerous resources were put into the Susanville area, where residents were warned to be ready to leave, said Mark Brunton, an operations section chief.

The Dixie Fire is the largest of nearly 100 major wildfires burning across more than a dozen western states amid a historic drought and weeks of high temperatures.

Climate change has made the US west warmer and drier in the past 30 years and will continue to make the weather more extreme and wildfires more destructive, according to scientists.

The forecast prompted Pacific Gas & Electric to warn it might cut off power to 48,000 customers on Tuesday night until Wednesday (local time) to prevent new fires that could be sparked by wind damage to power lines.

The Dixie Fire has scorched more than 2434 square kilometres since it ignited on July 13 and eventually merged with a smaller blaze. It’s less than a third contained.

Investigations are continuing, but PG&E has notified utility regulators the Dixie and Fly fires may have been caused by trees falling into its power lines. The Dixie Fire began near the town of Paradise, which was devastated by a 2018 wildfire ignited by PG&E equipment during strong winds. Eighty-five people died.

Damage surveys have counted more than 1100 buildings destroyed, including 630 homes.