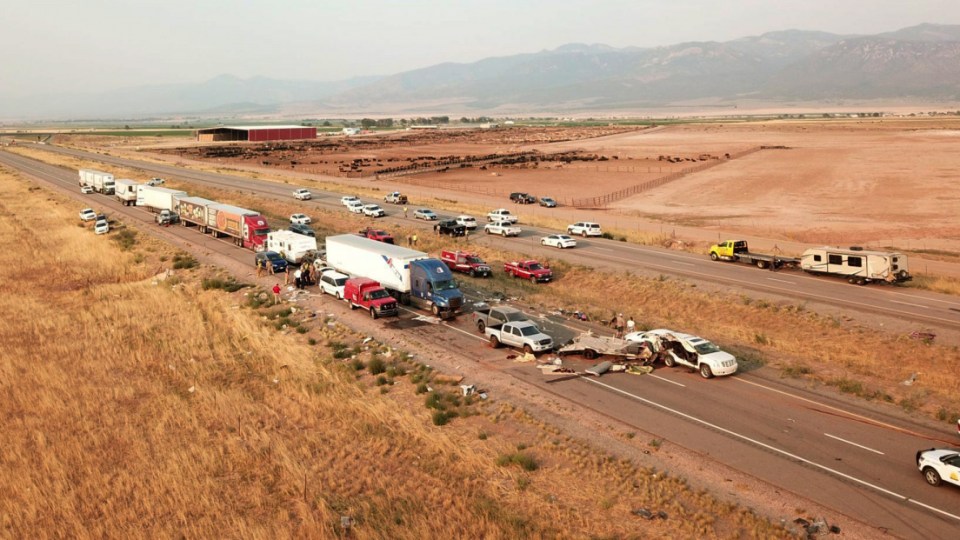 The scene of the deadly pile-up in Millard County, near the town of Kanosh, Utah Photo: AAP

At least seven people have died in a 20-vehicle pile-up during a sandstorm in Utah, the state’s Highway Patrol says.

The crashes happened on Interstate 15 near the town of Kanosh, 258km south of Salt Lake City.

Several people were reportedly taken to hospitals in critical condition. Ground and air ambulances were used to transport crash victims.

The pile-up occurred during a period of high winds that caused a dust or sandstorm which reduced visibility, the highway patrol said.