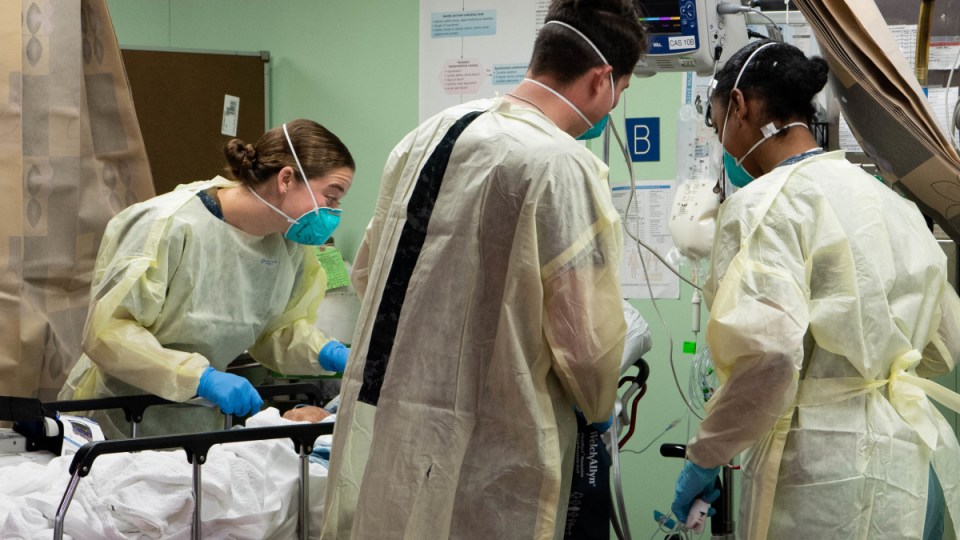 The average number of infections per day climbed by 10,000. Photo: Getty

The COVID-19 curve in the US is rising again after months of decline, with the number of new cases per day doubling over the past three weeks, driven by the fast-spreading delta variant, lagging vaccination rates and Fourth of July gatherings.

Confirmed infections climbed to an average of about 23,600 a day on Monday, up from 11,300 on June 23, according to Johns Hopkins University data.

And all but two states – Maine and South Dakota – reported that case numbers have gone up over the past two weeks.

“It is certainly no coincidence that we are looking at exactly the time that we would expect cases to be occurring after the July Fourth weekend,” said Dr Bill Powderly, co-director of the infectious-disease division at Washington University’s School of Medicine in St Louis.

At the same time, parts of the US are running up against deep vaccine resistance while the highly contagious mutant version of the coronavirus that was first detected in India is accounting for an ever-larger share of infections.

About 55.6 per cent of people in the country have received at least one COVID-19 shot, according to the Centers for Disease Control and Prevention.