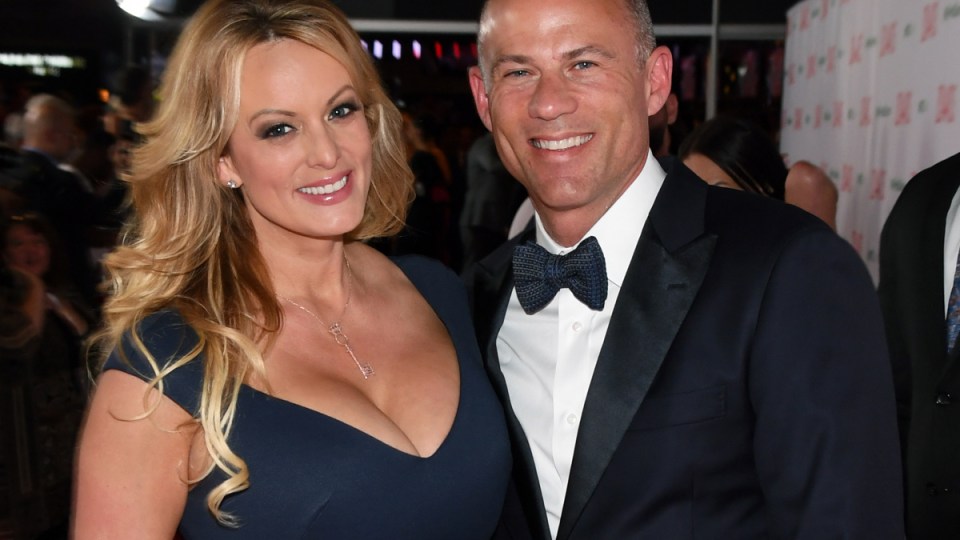 Stormy Daniels with Michael Avenatti in 2019, when the duo were targeting Donald Trump with lawsuits. Photo: Getty

Avenatti, 50, was convicted in 2020 of charges including attempted extortion and honest services fraud in connection with his representation of a Los Angeles youth basketball league organiser who was upset that Nike had ended its league sponsorship.

US District Judge Paul Gardephe called Avenatti’s conduct “outrageous”, saying he “hijacked his client’s claims, and he used those claims to further his own agenda, which was to extort millions of dollars from Nike for himself”.

“I and I alone have destroyed my career, my relationships and my life,” he said.

“I’ve learned that all the fame, notoriety and money in the world is meaningless. TV and Twitter, your honour, mean nothing.”

Criminal fraud charges on two coasts disrupted Avenatti’s rapid ascent to fame. He also faces the start of a fraud trial next week in the Los Angeles area, a second California criminal trial later in 2021 and a separate trial in 2022 in Manhattan, where he is charged with cheating Daniels out of hundreds of thousands of dollars.

Avenatti represented Ms Daniels in 2018 in lawsuits against Mr Trump, appearing often on cable news programs to disparage the Republican president. Avenatti even explored running against Trump in 2020.

Ms Daniels said a tryst with Trump a decade earlier resulted in her being paid $US130,000 by Mr Trump’s personal lawyer in 2016 to stay silent. The ex-president denied the affair.