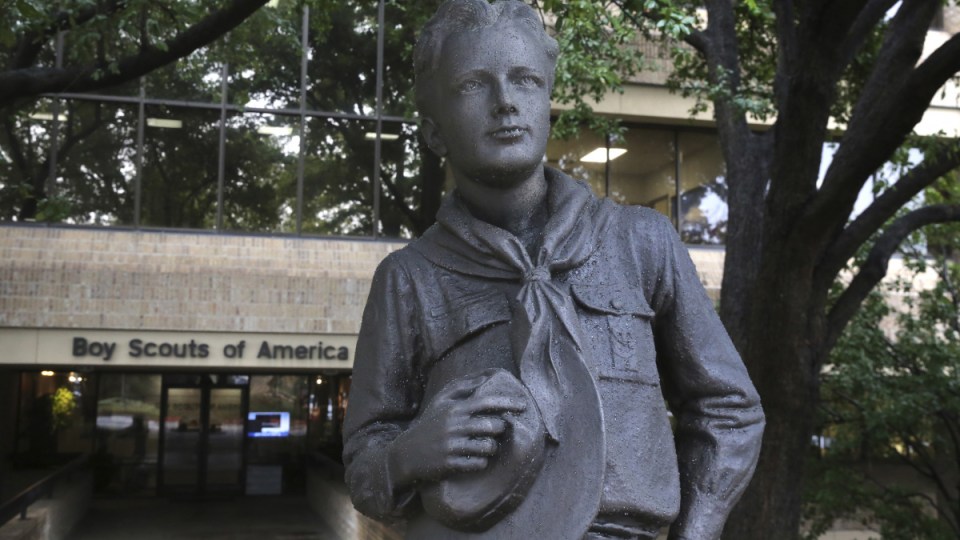 The Boy Scouts of America filed for Chapter 11 protection from creditors in February 2020. Photo: AAP

The Boy Scouts of America has reached an $US850 million ($A1.1 billion) settlement with groups representing tens of thousands of men with sexual abuse claims, a major step toward addressing a deluge of accusations that sent the organisation into bankruptcy.

In a filing on Thursday with the US Bankruptcy Court in Delaware, the Boy Scouts (BSA) said the settlement with the Coalition of Abused Scouts for Justice and two other groups covered claims by about 60,000 abuse survivors.

It said the accord provides a framework for a global resolution of abuse claims and could allow it to emerge from Chapter 11 protection “late this year”.

“Bringing these groups together marks a significant milestone … as the BSA works toward our dual imperatives of equitably compensating survivors of abuse and preserving the mission of scouting,” the 111-year-old non-profit said in a statement.

The groups separately called the accord a “significant accomplishment that achieves consensus” among most claimants, the Boy Scouts and more than 250 local councils.

Thursday’s settlement requires a judge’s approval and could face opposition from insurers that would be on the hook for payouts.

In a court filing, affiliates of American International Group, Chubb, Travelers Cos and other insurers said the Boy Scouts excluded them from negotiations and gave victims’ lawyers too much of a say in crafting a settlement.

“With only the fox guarding the hen-house, the outcome is utterly at odds with what BSA itself asserted was necessary for a confirmable (bankruptcy) plan,” the insurance affiliates said.

Founded in 1910, the Boy Scouts filed for Chapter 11 in February 2020 after being hit with hundreds of sexual abuse lawsuits.

These lawsuits were filed after several US states, including New York, began letting people sue over alleged sex abuses that occurred decades earlier.

The bankruptcy filing covered the national organisation, but did not include local councils.