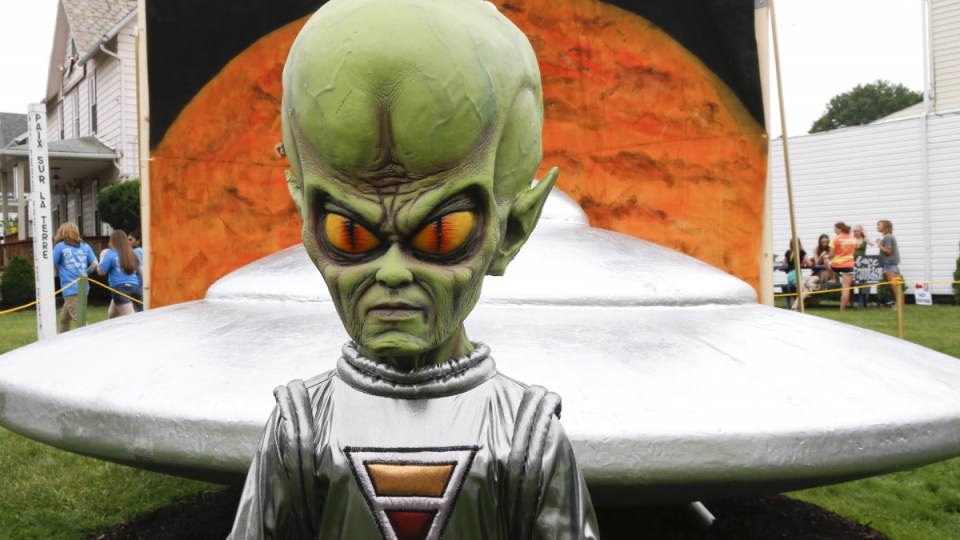 US intelligence has investigated a series of unidentified aerial phenomena observed in recent years. Photo: AAP

US intelligence officials have found no evidence that a series of unidentified aerial phenomena observed by navy aviators in recent years were alien spacecraft, but the sightings remain unexplained in a highly anticipated government report, The New York Times reports.

The newspaper, citing senior Biden administration officials briefed before the report’s release to Congress later in June, also said the report found the vast majority of incidents documented during the past two decades did not originate from any American military or other advanced US government technology.

Many of the 120-plus sightings reviewed in the classified intelligence study were from US Navy personnel.

But one unnamed senior US official briefed on the report told the Times there was concern among American intelligence and military officials that China or Russia could be experimenting with hypersonic technology, perhaps accounting for some of the aerial phenomena in question.

An unclassified version of the report expected to be submitted to the US Congress by June 25 would present few other conclusions, the newspaper said.

Senior US officials cited in the Times article said the report’s ambiguity meant the government was unable to definitively rule out theories that the unidentified phenomena might have been extraterrestrial in nature.

US defence officials have said such incidents are of a concern to Pentagon and intelligence agencies because of their national security implications.

Responding to Reuters’ questions about the forthcoming task force report requested by Congress, a Pentagon spokeswoman said on Thursday: “We do not publicly discuss the details of the UAP observations, the task force or examinations.”

No evidence sightings were aliens: US govt