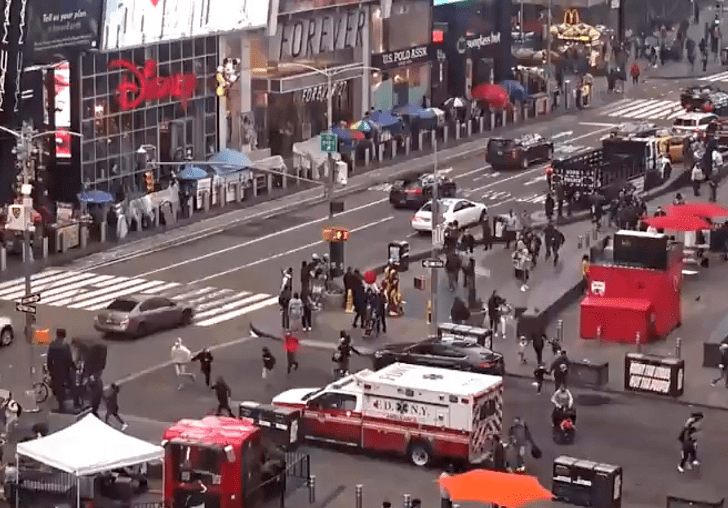 The incident happened just before 5:00pm on Saturday, at the intersection of 7th Avenue and 44th Street, a New York City Police Department (NYPD) spokesperson said.

The three victims were hospitalised in Manhattan and their lives were not in danger, he added.

No arrests have yet been made. Police said the “investigation is still ongoing”  and released CCTV footage of a suspect they are hunting.

WANTED in connection to shooting three people near West 44th Street and 7th Avenue in Manhattan on May 8, 2021. @NYPDDetectives need anyone with information about the identity or whereabouts of this individual to contact @NYPDTips at #800577TIPS. All calls are anonymous. pic.twitter.com/qciBGCR6AK

Times Square, one of New York’s tourist hotspots before the pandemic, has changed since theatres closed in March 2020.

According to a recent report by the Times Square Alliance, the neighbourhood business association, the area recorded 25 violent crimes in the first quarter of 2021, up from 17 in the same period of 2020.

At the end of March, a video of an assault on a woman of Asian descent shocked the neighbourhood.

A man with a criminal record, who lived in a hotel near Times Square that had become a reception centre for the homeless, was arrested and charged.

Shootings in New York have sharply increased since the summer of 2020 and the protests against police violence following the death of George Floyd in Minneapolis, official data show.

Crime in general was up 30 per cent over the same period.