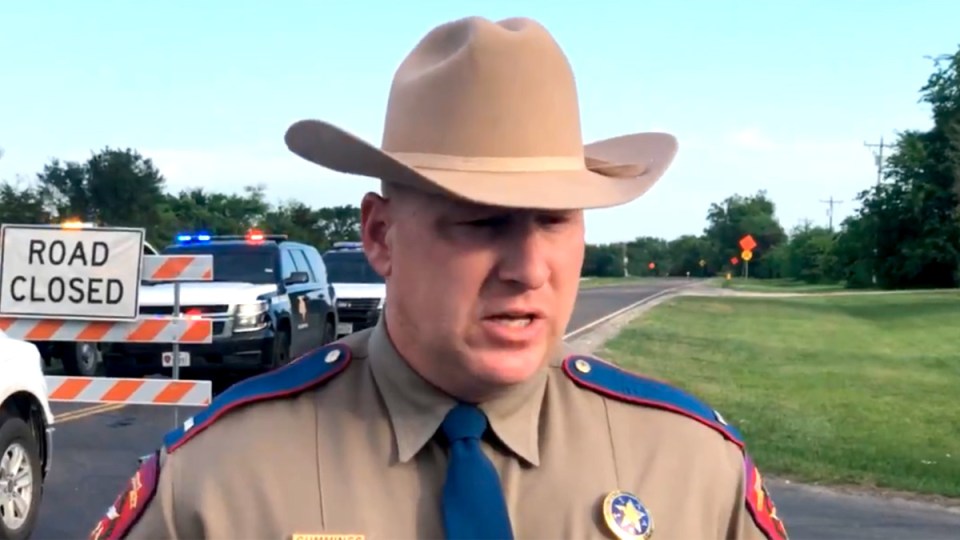 Police found one person dead and five injured when they arrived at the cabinet making business after the shooting. Photo: Twitter

A state trooper was also shot during the ensuing manhunt during which the suspected shooter was taken into custody.

Bryan Police Chief Eric Buske said he believed the suspect worked at the cabinet-making business in Bryan, Texas, that was the scene of Thursday’s shooting.

The attack happened in bays in a plant at Kent Moore Cabinets.

Mr Buske said a motive for the shooting was not clear.

The shooter was gone by the time officers arrived, Mr Buske said.

Police found one person dead and five injured. Four were taken to the hospital in critical condition, while the fifth was in “noncritical” condition

Grimes County Sheriff Don Sowell said a male suspect was arrested in the small town of Iola, 50 kilometres from the cabinet plant.

He was identified by police as Larry Winston Bollin, a 27-year-old employee of Kent Moore Cabinets. He was being held on $US1 million ($A1.3 million) bond facing murder charges, Brazos County jail records showed.

Investigators said they did not yet know what motivated the deadly outburst of workplace violence in east-central Texas.

The state trooper who was shot while pursuing the suspect remained in a serious but stable condition, the Texas Department of Public Safety said on Twitter.

Bryan has about 87,000 residents and is about 160 kilometres north-west of Houston.

Thursday’s shooting came after President Joe Biden unveiled six executive orders – which do not need Congress approval – to try to deal with the “epidemic” of gun violence in the US.

Describing the issue as “an international embarrassment”, Mr Biden delivered on a pledge in March to take immediate “common-sense steps” to address gun violence. But they fall far short of the sweeping gun-control agenda he laid out on the campaign trail.

“The idea that we have so many people dying every single day from gun violence in America is a blemish on our character as a nation,” Mr Biden said during remarks at the White House on Thursday (local time).

“Every day in this country 315 people are shot – every day.

“This is an epidemic for God’s sake. And it has to stop.”

Mr Biden’s move came after another mass shooting in South Carolina that claimed five lives, including two children. The suspect is a former NFL player.

“As I was coming to the Oval Office I got the word that in South Carolina, a physician, with his wife, two grandchildren and a person working at his house were gunned down,” he said.

“So many people sitting here today know what it’s like when the seconds change your life forever.”

In recent months, between mass killings in Atlanta massage businesses and the Colorado grocery shop shooting in March, there had been more than 850 additional shootings that killed 250 and injured 500 in the US, Mr Biden said.

Another mass shooting in the US, hours after Biden vows action on guns