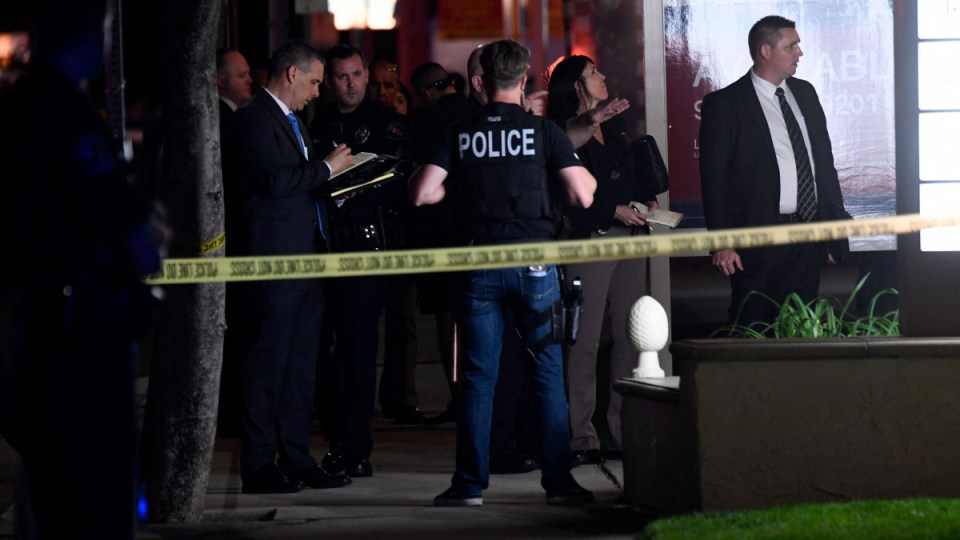 Police outside the office building where the deadly shooting occurred. Photo: Getty

A child is among four people who have been killed in a shooting at a Southern California office building.

A fifth person was injured before police shot and wounded the suspect, police said.

Shots were being fired as officers arrived at the two-storey office building on Lincoln Avenue in Orange, south of Los Angeles, about 5.30pm on Wednesday (local time), Lieutenant Jennifer Amat said.

“An officer-involved shooting occurred” and the suspect was taken to a hospital, Lieutenant Amat said. She did not immediately know his condition.

Orange is a city of about 140,000 people, about 50 kilometres south-east of Los Angeles.

The building appeared to have several offices and the shooting happened on the second floor.

“As far as we know it was an actively evolving situation, so it was not contained to just one area,” Lieutenant Amat said.

“It was a moving situation so there was several areas involved.”

Lieutenant Amat had no further details about the confrontation, what might have sparked the attack or why a child might have been at the building.

By 7pm, the situation had been stabilised and there wasn’t any threat to the public, police said.

“Horrifying and heartbreaking. Our hearts are with the families impacted by this terrible tragedy tonight,” California Govenor Gavin Newsom tweeted on Wednesday.

The ages and names of the victims have not been released.