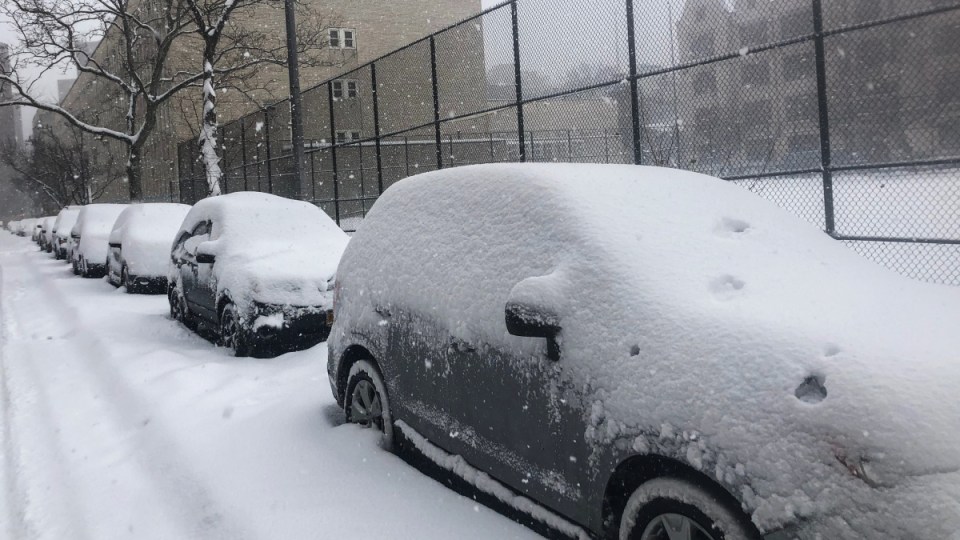 The US has only just recovered from February's whiteout. Now another arctic blast is on the way. Photo: AAP

A powerful spring snow storm is expected to blanket parts of the US Rockies and central High Plains over the next three days, with forecasters warning of whiteout conditions, power outages and avalanches.

The National Weather Service (NWS) issued blizzard warnings for parts of Wyoming and western Nebraska, where quickly accumulating snowfall of up to 61cm and fierce winds could cause dangerous conditions from Saturday through Monday.

The freezing conditions come on the heels of a devastating winter storm that last month brought much of the southern state of Texas to a standstill, leaving more than two dozen dead, 14 million people with water-supply disruptions and hundreds of thousands without power.

The weather service told travellers to carry emergency supplies and torches. It also warned that strong winds and heavy snow could cause extensive damage to trees and power lines.

“The best option is to stay off the roads this weekend.”

To the south in Colorado, the I-25 urban corridor – where five million people live in cities including Denver – was expected to get more than 60cm of snow over the weekend.

At Denver International Airport, 1979 weekend flights in and out of the nation’s fifth busiest airport were cancelled ahead of the storm, according to aviation tracking web site Flight Aware

Utility company Xcel Energy said this week that it was “ramping up the number of crews” to respond to any possible power outages caused by the heavy, wet snow.