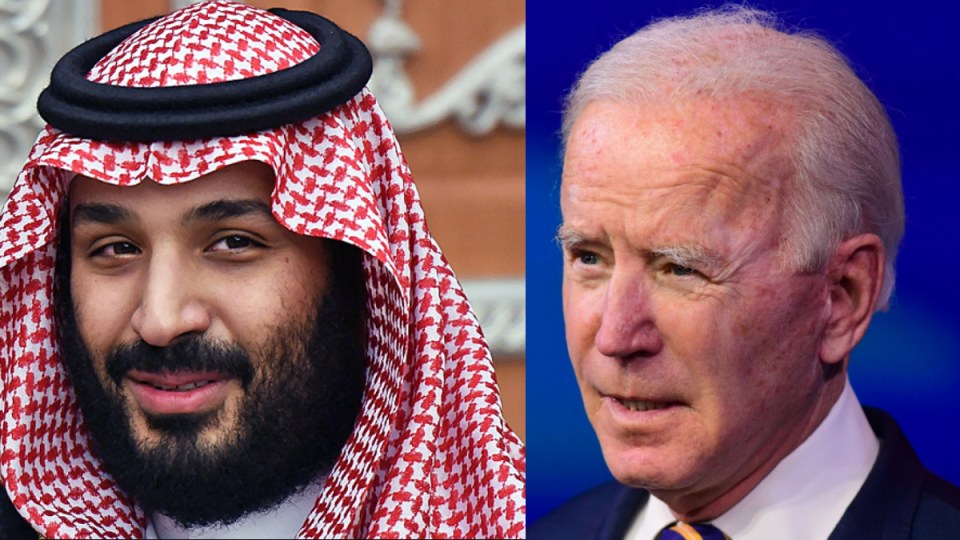 Instead of imposing sanctions on MBS, Biden appears ready to let the murderer walk. The weak message to other thuggish dictators considering such a murder is: Please don’t do it, but we’ll still work with you if we have to. The message to Saudi Arabia is: Go ahead and elevate MBS to be the country’s next king if you must.

All this is a betrayal of my friend Jamal Khashoggi and of his values and ours. But even through the lens of realpolitik it’s a missed opportunity to help Saudi Arabia understand that its own interest lies in finding a new crown prince who isn’t reckless and doesn’t kill and dismember journalists.

What should Biden have done?

As a matter of consistency he should have imposed the same sanctions on MBS, including asset freezes and travel bans, that the United States imposed in 2018 on lower-level figures who carried out the murder of Khashoggi. These sanctions should also apply to the stooges and front companies that MBS has used to accumulate assets around the world.

“The key message that should be sent not only to MBS, and others in the Saudi Court and government, but also to other would-be killers of journalists around the world, is that there is a heavy price to pay for such crimes and nowhere to hide,” Agnes Callamard, who as a U.N. official investigated Jamal’s killing, told me.

The United States should also have suspended arms sales to Saudi Arabia. US law bars military assistance to security units involved in gross human rights abuses, and that is true of security forces under MBS, who also serves as defense minister.

Biden reportedly feared that sanctions on MBS would poison relations with Saudi Arabia. Yes, that’s a legitimate concern, and I agree that it’s often necessary to engage even rulers with blood on their hands. But in this great balancing of values and interests, the towering risk is that MBS, who is just 35, will become king upon the death of his aging father and rule recklessly for many years, creating chaos in the Persian Gulf and a rupture in Saudi-US relations that would last decades.

In other words, it’s precisely because Saudi Arabia is so important that Biden should stand strong and send signals – now, while there is a window for change – that the kingdom is better off with a new crown prince who doesn’t dismember journalists.

MBS is the sixth crown prince Saudi Arabia has had over the last decade, and only one of them (King Salman) rose to become king. Two died, and two were deposed. If it becomes clear that Saudi Arabia will not have a workable relationship with the West if MBS becomes king, perhaps we’ll see a seventh crown prince. That’s not the US dictating to Saudi Arabia, but pointing out reality.

“King Salman and any independent advisers he may still have would be well-advised to consider how unsustainable it will be for the kingdom to retain MBS as crown prince,” said Sarah Leah Whitson, executive director of Democracy for the Arab World Now. “MBS has proven time and again to be a liability and a danger for the kingdom, reviled and avoided by the international community.”

US officials sometimes say that if we don’t sell weapons to Saudi Arabia, then France or Russia will. But what Saudi Arabia gets from America is not only high-tech weaponry but, far more important, an implicit promise of defense from Iran or other countries. France and Russia can’t provide that.

Some Saudis tell me that it’s a foregone conclusion that MBS will become king. Maybe. But the fact that MBS has detained rivals, like Prince Ahmed bin Abdulaziz (who is broadly admired in Saudi society) and Prince Mohammed bin Nayef, suggests that he doesn’t think it’s a done deal.

“It’s not a given that if you’re crown prince, you’re going to become king,” noted Dr Khalid Aljabri, who is currently in the United States but has close ties to senior Saudi royals, and whose father was allegedly targeted for murder by MBS. “Just apply the law. Sanction MBS! If they sanction MBS, the whole country would come to a standstill, and King Salman would have no choice but to remove his son, even if he doesn’t want to.”

Perhaps I’m biased because I knew Jamal. Some may think: It’s too bad about the murder, but other leaders have killed people, too. True, but MBS poisons everything he touches. He kidnapped Lebanon’s prime minister. He oversaw a feud with Qatar. He caused the world’s worst humanitarian catastrophe in Yemen. He imprisoned women’s rights activists. He has tarnished his country’s reputation far more effectively than Iran ever could.

So, Mr Biden, it’s not a human rights “gesture” to sanction MBS. Jamal was a practical man who didn’t believe in mushy gestures – but he did dream of a more democratic Arab world that would benefit Arabs and Americans alike. And by letting a murderer walk, you betray that vision.

Why is US President Joe Biden letting the Saudi prince who murdered a journalist walk?