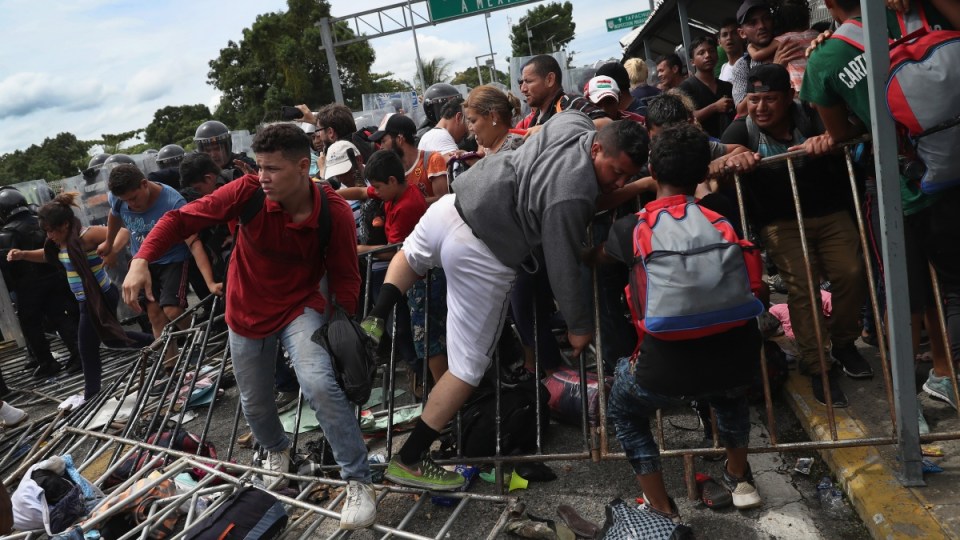 Migrants yearning to breathe free in the US protest Donald Trump's order keeping them on the wrong side of the Mexico border. Photo: Getty

The US government next week will begin to gradually process asylum seekers forced to wait in Mexico under a controversial program put in place by former President Donald Trump, officials say.

The moves are part of a plan by the administration of President Joe Biden to end the program, known as the Migrant Protection Protocols (MPP), an effort complicated by the ongoing coronavirus pandemic and concerns over illegal immigration.

The Trump administration launched the program in 2019 as part of a wide-ranging crackdown on the ability to seek asylum in the United States, which Trump officials depicted as rife with fraud and meritless claims.

The initiative forced more than 65,000 non-Mexican asylum seekers back across the border to wait for their US court hearings, although far fewer are believed to still be in Mexico.

The Biden administration will begin by working to process about 25,000 migrants with active claims in the program, officials said on Thursday.

Republicans embracing Trump’s hardline immigration views have criticised the ending of MPP and could use it as fuel for political attacks if illegal immigration increases on Biden’s watch.

The Biden administration has unveiled a new asylum process that will slowly begin to address the backlog of migrants at the border. https://t.co/WilFX895oU

Biden vowed on the campaign trail to roll back restrictive Trump-era immigration policies, including MPP, which is informally known as “remain in Mexico.”

His administration suspended new entries into the program when he took office on January 20, but did not immediately put forward a plan to bring those already in the program into the United States.

Top Biden officials have stressed in recent weeks that migrants should not attempt to enter the United States, saying they need more time to build up the capacity to process more asylum seekers.

“Individuals who are not eligible under this initial phase should wait for further instructions and not travel to the border,” Homeland Security Secretary Alejandro Mayorkas said in a statement.

“Due to the current pandemic, restrictions at the border remain in place and will be enforced.”