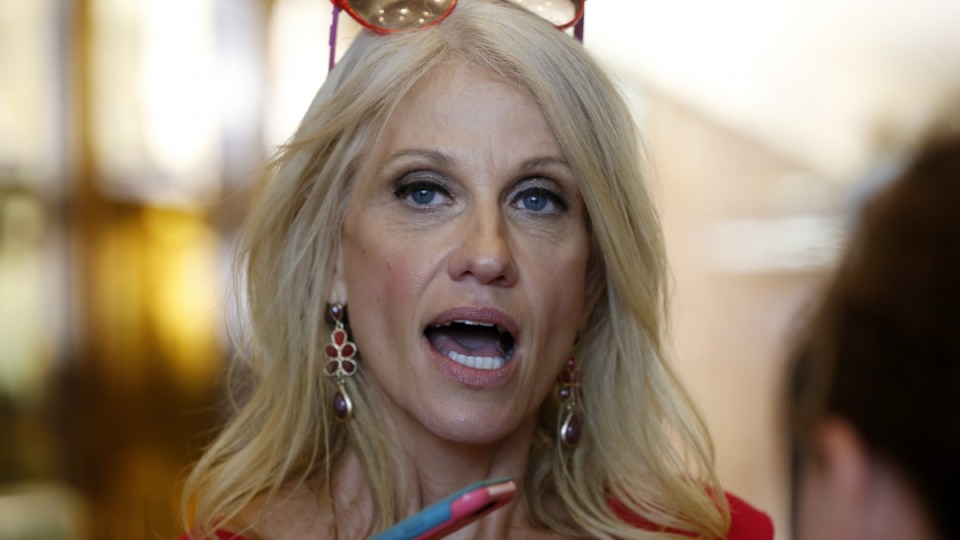 One of Donald Trump’s former presidential advisers is under police investigation after she allegedly posted a picture of her topless 16-year-old daughter on Twitter.

The image of ex-White House counsellor Kellyanne Conway’s daughter Claudia was posted to @KellyannePolls’ ‘Fleet’ – the equivalent of an Instagram story, which lasts only for 24 hours on Twitter.

The picture was promptly screenshot by thousands of people and brought to police attention.

However, others, including victim Claudia, have suggested the post must be the work of a hacker.

On her popular TikTok account, which has 1.6 million followers, Claudia admitted that it was indeed her in the photo.

Police paid a visit to the Conway family’s New Jersey mansion on Tuesday, after the picture was posted on Monday night (US time).

Alpine Police Chief Christopher Belcolle confirmed that they were looking into the matter.

“An investigation is being conducted. No additional information can be released,” Mr Belcolle told the New York Post.

US law “prohibits the production, distribution, reception, and possession of an image of child pornography and any violation of federal child pornography law is a serious crime”, and “convicted offenders face severe statutory penalties”.

Claudia Conway soon took to TikTok to address the situation, and at first pointed the finger at her mum.

“Kellyanne, you’re going to f—ing jail,” she said in a since-deleted TikTok video.

However, the next day, Claudia apologised for publicising the issue, and said she was sure hackers were to blame for the photo leak.

“I know that my mom would never, ever post anything to hurt me like that intentionally and I do believe she was hacked,” she said.

“I want to apologise for making all of this public.”

@claudiamconwaythis is all from me. i shouldn’t have made this all public. i’m sorry.♬ original sound – claudia conway

However, many believe the nude photo is no accident, pointing to the timing of the post.

Just a few days ago, Claudia released footage of her mother speaking to police officers who visited their home after her child abuse allegations.

In the video, Kellyanne says: “She’s upset, she’s been upset for a week because we had a tough call with her school, I knew she had been upset.”

Claudia rose to social media fame in August 2020, when she declared she wanted to escape from her parents.

She posted videos of the frequent clashes between her mother and father.

At the time, Kellyanne was a top adviser to then president Donald Trump, while her husband George Conway was an outspoken anti-Trump lawyer.

After some of these videos went viral, Kellyanne resigned from her position at the White House. Ms Conway said at the time she needed to focus on her family, especially the remote schooling for her four children amid the escalating coronavirus pandemic.

Ms Conway gained notoriety in 2017 when she used the phrase “alternative facts” to defend press secretary Sean Spicer’s blatant lies about the attendance numbers at Mr Trump’s presidential inauguration in 2017.