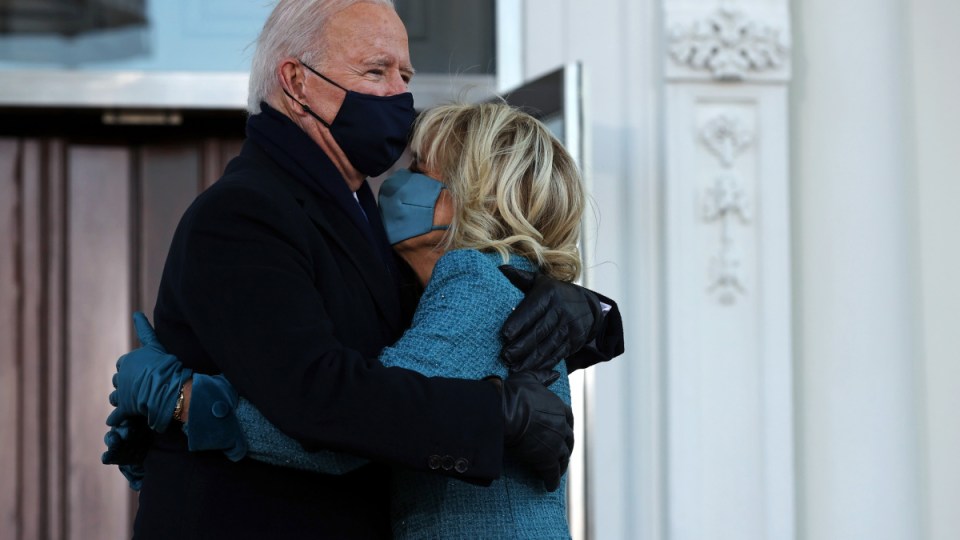 Joe Biden has been sworn in as the 46th President of the United States at an inauguration ceremony unlike any other.

The usual crowds of hundreds of thousands of people were nowhere to be seen.

Instead, masked spectators sat in small groups on bleachers to allow for social distancing.

More than 25,000 National Guard troops patrolled the city, quelling threats of violence and keeping members of the public away from the action.

Thankfully, the inauguration ceremony went ahead without any trouble.

Mr Biden gave a speech in which he promised to be a president for “all Americans”, including those who didn’t vote for him.

The ceremony included musical performances by A-listers Lady Gaga, who sang the national anthem, and Jennifer Lopez and Garth Brooks, as well as a spoken-word performance by Amanda Gorman, the youngest ever inaugural poet.

Here are the images that show how the event unfolded:

The poignant images that show how Joe Biden took office