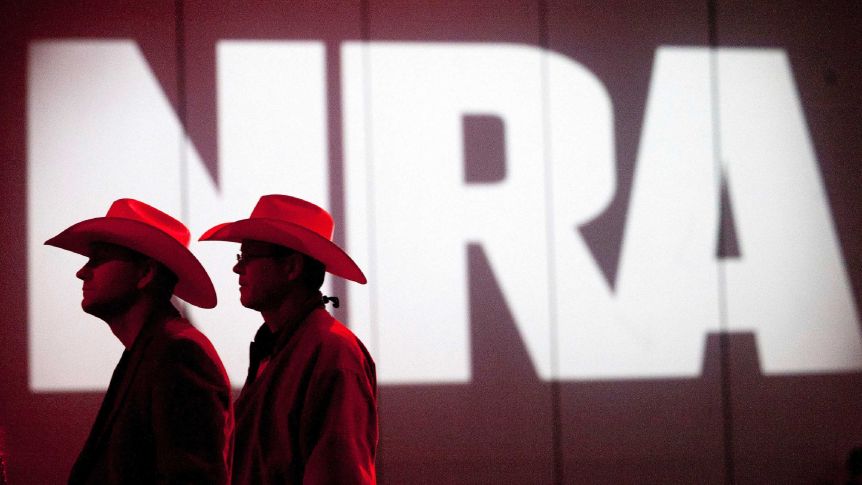 The NRA filed the Chapter 11 petitions in US Bankruptcy Court in Dallas. Photo: AP

The National Rifle Association has filed for bankruptcy, a sudden development that could help the gun rights group escape a lawsuit by New York’s attorney-general seeking its dissolution.

The NRA filed for Chapter 11 protection in federal bankruptcy court in Dallas on Friday (local time), and says it plans to reincorporate in Texas to escape “a corrupt political and regulatory environment” in New York, where it is now incorporated.

“Texas values the contributions of the NRA, celebrates our law-abiding members, and joins us as a partner in upholding constitutional freedom,” chief executive Wayne LaPierre said in a letter to members.

“We seek protection from New York officials who illegally abused and weaponised the powers they wield against the NRA and its members.”

The NRA was sued in August by New York Attorney-General Letitia James, who accused LaPierre and other senior leaders of self-dealing and mismanagement, and said the group’s activities violated state laws governing nonprofits.

Ms James said NRA officials diverted millions of dollars to fund luxury lifestyles, including vacations and private jets, and to buy the silence and loyalty of former employees, costing the group $US64 million over three years.

“The NRA’s claimed financial status has finally met its moral status: bankrupt,” James said in a statement on Friday. “We will not allow the NRA to use this or any other tactic to evade accountability and my office’s oversight.”

In its own statement, the NRA pledged no immediate changes to its operations or workforce and said it was not insolvent, with Mr LaPierre adding it was “as financially strong as we have been in years”.

The group said it would continue to defend its members’ constitutional rights under the Second Amendment, which guarantees the right to keep and bear arms.

Critics say the NRA is an enabler of gun violence.

In her lawsuit, Ms James said the NRA’s incorporation as a non-profit in New York gave her authority to seek its dissolution. The NRA filed a countersuit in federal court in Albany, New York, accusing her of violating its free speech rights because she disliked its politics.

Friday’s move will likely put the New York lawsuit on hold, and a reincorporation in Texas could strip Ms James of her power to dissolve the group.

Western Australia: The state that made Anthony Albanese Australia’s next prime minister
Volodymyr Zelensky: How war will end as Ukraine ‘breaks backbone’ of Russian army